“We had two main aims for PhotoBeamer: to make sharing as simple as possible. But also to make it as fast as possible,” said lead product manager David Fredh, who joined Nokia from its acquisition of imaging software firm Scalado.

The Finnish phone maker said the app opens pictures from the default Windows Phone gallery and suggests visiting the PhotoBeamer website from any web browser on a desktop computer.

Users will point the Nokia Lumia 820 or Lumia 920 camera at the QR code that will appear on the website and it automatically transmit the photos to the website and shown on the screen.

Nokia said the QR code changes each time a user opens the website.

“It’s great to see the first full delivery from our colleagues in the new Lund office, and a terrific product that reaffirms Nokia’s leadership in the imaging space,” said Samuli Hänninen, head of Nokia Imaging. 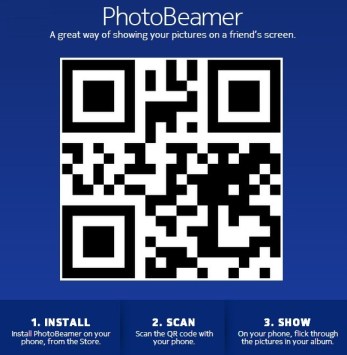