Nokia will be launching its Windows Phone 7 devices next week, Microsoft’s Andy Lees has revealed. 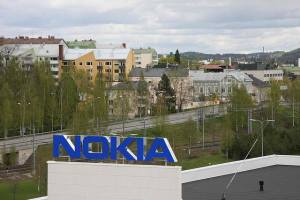 Nokia is set to announce its Windows Phone devices next week in London at its Nokia World 2011 event. Image: Erkka P. / Flickr (CC)

The news comes via Engadget, which said that Lees – Microsoft’s Windows Phone chief – hinted of the launch of the Nokia Windows Phone devices next week at the AsiaD event.

He said that the Finnish handsets manufacturer will have “differentiating hardware and software” at its Nokia World 2011 event in London.

“Nokia will announce its rollout plans with Windows Phone, among other things. It made an evaluation early on, and saw our roadmap for this year and next year, and it decided to bet the whole company on Windows Phone based on that. We’ve seen that other hardware makers have seen this occurrence as an accelerant, which in turn helps both Microsoft and Nokia. I’m also excited about naming some new OEMs that will be coming onboard [with WP7].”

Industry observers have been waiting for Nokia to release its own crop of Windows Phone devices since it announced in February that it will be using the Microsoft platform instead of its Symbian platform in future smartphones.