Nokia has dropped hint on the next Symbian updates Carla and Donna, and added details on the Symbian Belle update release.

Nokia intends to roll out Symbian Carla for handsets with 1GHz and higher processor clock speeds by late 2012 or early 2013. 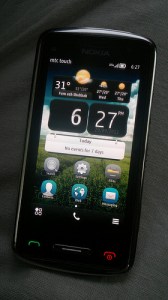 The next incremental update, Symbian Donna, will only cater Nokia devices with dual-core processors, which are set to appear before the end of 2013 or early 2014.

Dual-core processors may sound low-end for some three years from now but the Finnish phone maker has always proven how Symbian OS’s optimization techniques still suit for less advanced hardware than what its rival operating systems offer.

Nokia also shed some light on the Symbian Belle update for the 500, E6 and X7-00, which will arrive before year-end, but Symbian^3 devices with Symbian Anna updates will only receive it on the first quarter of next year.

The firm intends to desert Symbian OS by 2016, leaving less room for updates greater than ‘E’, but many developments can happen in four years so expect the unexpected.