Home » Motorola DEFY+ Smartphone to Arrive in the UK on September

Motorola DEFY+ Smartphone to Arrive in the UK on September 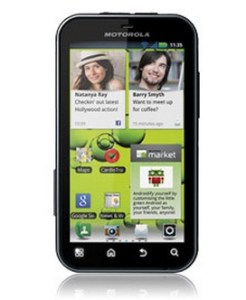 Motorola Mobility has announced the availability of its DEFY+ smartphone in the UK starting September this year.

The Motorola DEFY+ comes with Android 2.3 Gingerbread and an IP67 certification, the highest international standard for dust and waterproof (up to 1 meter for 30 minutes) equipment and devices.

Other notable features include a scratch-resistant Corning Gorilla Glass display, MOTOBLUR UI with Live Widgets, Facebook, Twitter, MySpace integration, and Li-Po 1700 mAh battery for up to Up to 7 h 10 min calls.

These features, plus Motorola Media Link for desktop music streaming and CardioTrainer for exercises, makes the DEFY+ suitable to all kinds of lifestyle.

Motorola Mobility did not include an official price yet, but an estimate will have it around 270 euros ($390 USD) when released.