Microsoft’s LinkedIn acquisition gets an all-clear from the EU 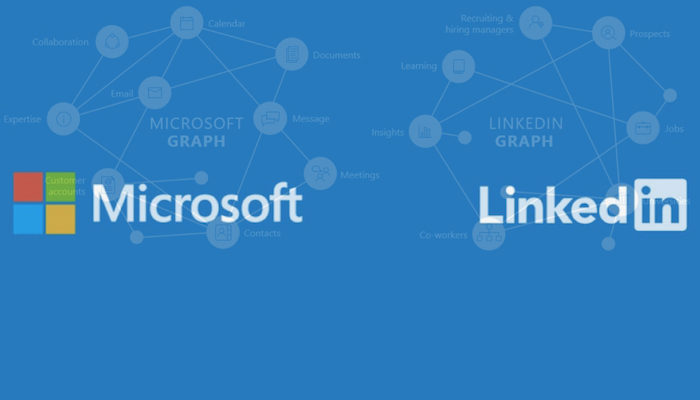 Apparently Salesforce has lost in its bid to frustrate Microsoft’s acquisition of LinkedIn. Recall that Salesforce had appealed to the European Union a while ago to stop Microsoft from closing the deal. Salesforce built its case on comments made by EU competition chief Margarethe Vestager, that the agency would directly look at a company’s use of data whether it’s bad for competition. That’s in the past now as the deal could soon be completed within the next couple of days.

According to eWEEK, after securing the approval of the European Union, Microsoft will now move to finalize the deal at $26 billion.

“A growing number of Europeans subscribe to professional social networks. These networks are important for professionals to connect and interact and to find new career opportunities,” said Margrethe Vestager, the EU Commissioner in charge of competition policy.

“Today’s decision ensures that Europeans will continue to enjoy a freedom of choice between professional social networks.”

Better late than never; the EU’s approval is coming months after Microsoft and LinkedIn first broke the news of the deal. Salesforce was said to be among companies that placed bids for LinkedIn, but lost to Microsoft.

In arguing against the deal, Burke Norton, chief legal officer of Salesforce had argued that LinkedIn’s acquisition would hand Microsoft an unfair advantage in terms of data. “By gaining ownership of LinkedIn’s unique dataset of over 450 million professionals in more than 200 countries, Microsoft will be able to deny competitors access to that data, and in doing so obtain an unfair competitive advantage.”

Microsoft would however, have none of that from Salesforce as the company’s President Brad Smith didn’t hide his feelings when contacted to react to the matter at the time.

The deal has already been cleared to close in the United States, Canada, and Brazil,” he said, per PC World. “We’re committed to continue working to bring price competition to a CRM market in which Salesforce is the dominant participant charging customers higher prices today.

My take then was that while the EU would consider the appeal brought before it by Salesforce, there were no strong or valid reasons to suspend or cancel the deal. Though, it did slow down the entire process of closing the deal; the good thing is that the deal can now go ahead and both companies [Microsoft and LinkedIn] can move to other things.

Should LinkedIn pull out of the deal, the social media company would pay $725 million as breakup fee. On both sides (Microsoft and LinkedIn), a lot is at stake, and recent happening, though, least expected, could ruffle some feathers within the organizations [Microsoft and Salesforce].

The EU had during its review, “found that access to the full LinkedIn database is not essential to compete on the market.” It also considers Microsoft a “relatively small player” in the market in terms of customer relationship management (CRM) solutions; and probably not a threat to Salesforce—a company that currently leads others in that regard.

The deal is expected to be completed and announced in the next couple of days.