Microsoft Rolls Out IE9 on March 14 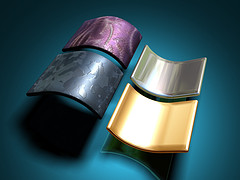 Microsoft will be launching its latest web browser the Internet Explorer 9 on March 14, at the South by Southwest Interactive Festival (SXSW) in Austin, Texas.

The software giant will be holding a Microsoft Interactive Lounge by 9:30 in the morning at the Austin Convention Center on Monday, the SXSW schedule says, and this will be when Microsoft will presumably launch IE9.

Ryan Gavin, Senior Director of Microsoft’s Internet Explorer Business and Marketing, wrote in a blog post at the official Windows blog that “on Monday March 14th we will celebrate the developers and designers who are making a more beautiful web for all of us.  We will release the final version of Internet Explorer 9 for download beginning at 9 p.m. Pacific.”

The festival begins tomorrow, March 11, and the Redmond, Washington-based company will also have a Microsoft Interactive Lounge by 10:30 in the morning at the Austin Convention Center.

Boasting of enhancements such as a new JavaScript Engine, aesthetic and ease-of-use development, the new IE9 will only be available to Windows Vista and Windows 7 users.

Users running on XP have to settle with EI8 until Microsoft changes its mind, or more likely, until an upgrade to Vista or 7.