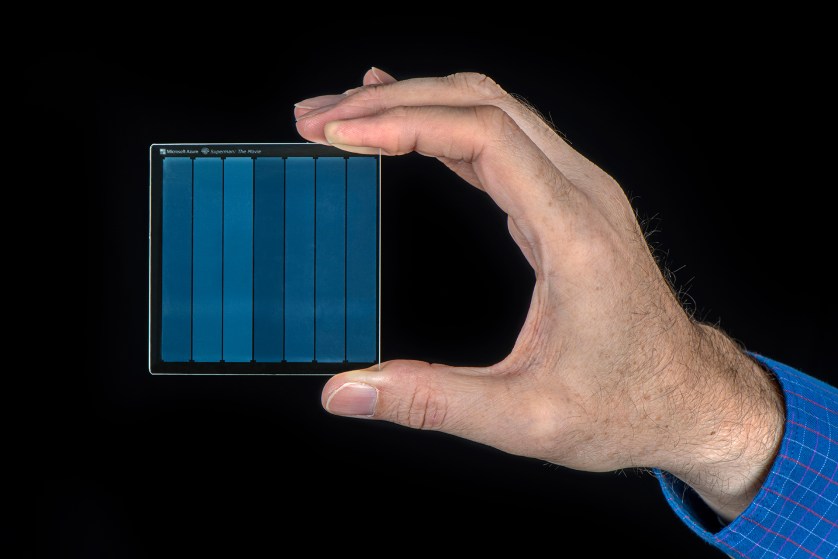 Microsoft researchers produced a piece of glass that contains the 1978 Superman film. The successful archiving is the result of years of research. It utilized ultra-fast laser optics and AI.

The researchers utilized a laser to encode data in glass by creating 3D nanoscale gratings. The glass is made of hard silica that can endure hot water. It can also withstand being baked in an oven or microwaved, scoured or demagnetized.

The research aims to store data more efficiently in the long term. But Microsoft is not the only company in the tech industry that explores the long-term storage solution. In 2009, Millenniata developed ultra-durable DVDs that can still be read after 1,000 years.

It is a significant investment by Microsoft Azure to create storage technology that is built for cloud computing patterns. It relies on storage media to work in computers or other scenarios.

According to the chief technology officer, Mark Russinovich:

“Storing the whole ‘Superman’ movie in glass and being able to read it out successfully is a major milestone. I’m not saying all of the questions have been fully answered, but it looks like we’re now in a phase where we’re working on refinement and experimentation, rather asking the question ‘can we do it?’”

Warner Bros is always looking for new tech to protect its wide asset libraries, like Casablanca, television sitcoms, and several others. For many years, the company looked for a storage technology that could still be available after hundreds of years and could endure floods or solar flares.

“That had always been our beacon of hope for what we believed would be possible one day, so when we learned that Microsoft had developed this glass-based technology, we wanted to prove it out.”

Long-term storage of data is one of the biggest issues of many enterprises today. What to do with the collected data is a problem that must be solved.

Data must have a place to rest. It is like having objects that require a shelf or container. Data, too, must have space. If you store a vast amount of data, you need the right infrastructure to save it. Typically, it means investing in high-tech services to occupy a significant amount of space in your building. Tech companies can use cloud hosting and cloud storage.

Another issue of long-term storage is the cost. And of course, there is security. If you store your data somewhere, a third party might obtain it. Thus, data storage must have layers of security to prevent any unauthorized access.

Glass storage may be the future of long-term storage. It makes data storage more affordable because it writes the data on the glass once. Furthermore, it does not need air conditioning to keep material at a constant temperature.

“One big thing we wanted to eliminate is this expensive cycle of moving and rewriting data to the next generation. We really want something you can put on the shelf for 50 or 100 or 1,000 years and forget about until you need it.”