Microsoft is Killing Off Cortana App 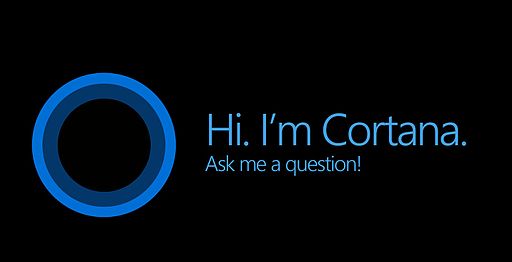 Sad news for Cortana app users on iOS and Android as Microsoft announced that it is going to kill the app. The company will discontinue it in several countries, including Canada, Australia, and the UK. Microsoft will kill it on January 31.

People are using the app that syncs with Cortana on Windows 10. They used it to find information, set reminders, etc. Unfortunately, it could not beat Siri, Alexa, and Google Assistant.

In January 2019, Microsoft stated that it was abandoning its ambitions for its virtual assistant. However, the company wants it to be useful by integrating it into the Microsoft 365 apps. That’s why it is ending its support for the app on both iOS and Android.

Currently, the app is still supported in the US. But Microsoft noted that it will disappear from Android’s launcher app after January 31 in those countries.

This app was used to set and update the device’s firmware, such as Surface Headphones. The company failed to mention how the Headphones owners will continue to access the features.

Microsoft brought its Cortana digital assistant to iOS and Android in December 2015. It was Microsoft’s move to push its product Windows 10. Originally, the assistant was launched exclusively for Windows Phone. However, it evolved to connect Windows 10 and Android and iOS smartphones.

The debut was first seen in the US and China. But it soon spread to other countries. Microsoft worked hard to enhance the integration of opposing platforms. The company wanted to get the Android base experience and integrate it.

However, it failed to boost its growth. Even though it experienced a big redesign, the company failed to compete with other huge digital assistants. Satya Nadella told the press earlier this year that Microsoft no longer considers Cortana as a rival of Google Assistant and Alexa.

The company wants to focus on integrating its digital assistant into Microsoft 365. So what will happen to Cortana mobile app on Android and iOS?

“At that point, the Cortana content you created–such as reminders and lists–will no longer function in the Cortana mobile app or Microsoft Launcher, but can still be accessed through Cortana on Windows. Also, Cortana reminders, lists, and tasks are automatically synced to the Microsoft To Do app, which you can download to your phone for free.” – Microsoft

Cortana was thought to be the next big voice assistant. Unfortunately, Microsoft has no successful mobile OS to push it. Siri has Apple while Google Assistant has Android. Thus, Microsoft was left trailing behind. It does not have the device where it can be found. It is limited to Windows 10 PC.

Indeed, Cortana is good. However, it was not enough. The assistant is not dumb. But its rivals are getting way smarter. Cortana is useful for work and productivity purposes. However, Alexa and Google were exceptional.

Surely, Microsoft has proven that it does not have a chance shining in a voice assistant world. Rather, it should focus on things that it has been proven to succeed.