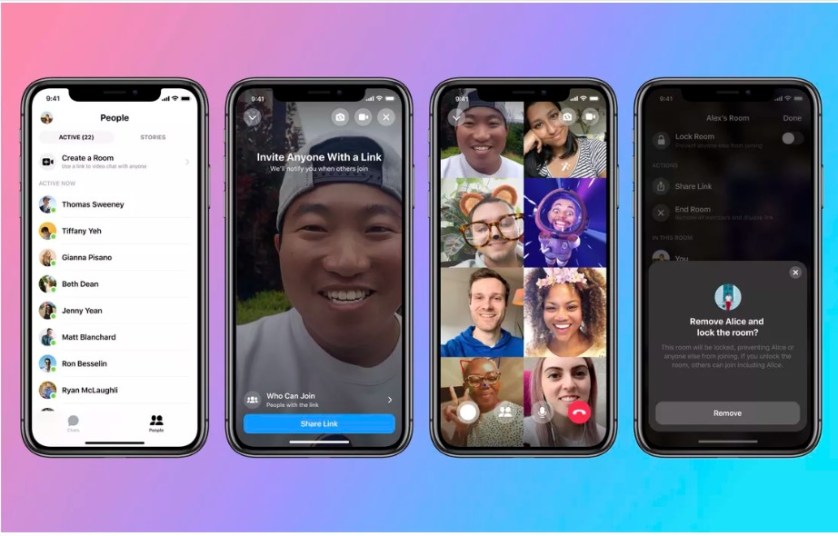 The demand for video chat app is on the rise; and trust Facebook to throw its hat into the ring. A chat app like Zoom has gained a lot of ground these days—with more than half the world’s population being forced to stay or work from home. Facebook has launched a new suite of new products, which further broaden its presence in the video chat world. The social media giant has introduced Messenger Rooms; a new tool that can be used for initiating virtual hangouts with up to 50 people.

“Video presence isn’t a new area for us,” he said. “But it’s an area that we want to go deeper in, and it fits the overall theme, which is that we’re shifting more resources in the company to focus on private communication and private social platforms, rather than just the traditional broader ones,” CEO Mark Zuckerberg said in a live stream per The Verge. “So this is a good mix: we’re building tools into Facebook and Instagram that are helping people find smaller groups of people to then go have more intimate connections with, and be able to have private sessions with.”

You will be able to play with Facebook’s AR filters or swap out your real-life background for a virtual one while in a room. Facebook says some backgrounds will offer 360-degree views of exotic locales.

A couple of days ago, The New York Times reported that Facebook was working on a new gaming app probably to rival Amazon’s Twitch. The app according to NYT, is designed for creating and watching live gameplay. The app was expected to be launched last Monday, and signifies the company’s bold step at moving into the mainstream of online gaming.

The initial plan was to release the free app in June this year, but has now been brought forward because of the huge opportunity presented by the lockdown being embarked upon by virtually every country around the world. “We’re seeing a big rise in gaming during quarantine,” said Fidji Simo, head of the Facebook app per NYT. Without a doubt, the global gaming business is booming, and Facebook does not want to miss out of this great opportunity to improve its income badly hit by low patronage in the area of digital ads.