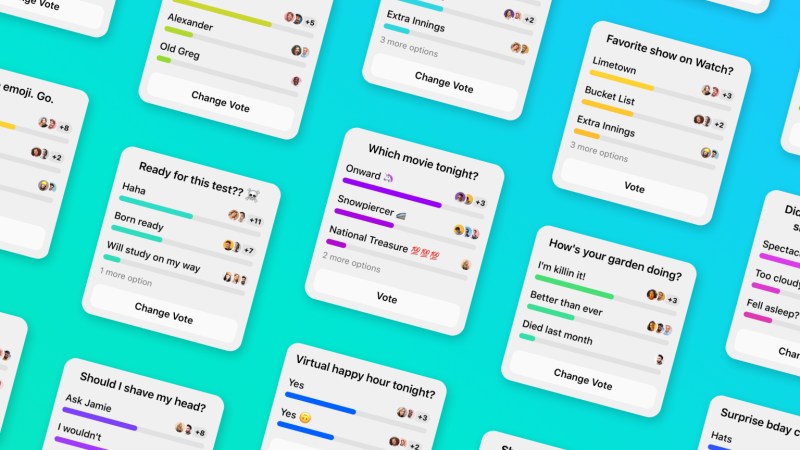 Facebook has brought back “polls;” a feature that enables you to get quick help from your friends in those difficult moments when you cannot seem to decide on your own. We all could do with a helping hand sometimes, and that explains why many users were not so pleased when “polls” was previously removed.

The new look polls is wearing a new cleaner and refreshing look with some new colors as well as an updated button to vote. The Messenger Desktop, according to Facebook, also features polls both for Windows and Mac users.

To create a poll, simply do the following:

To take part in a poll, simply do the following:

The polling feature has the potential of keeping people engaged on the platform—exactly what Messenger needs at a time like this when competition from other chat apps is becoming intense.

Facebook has announced a new feature that scans through accounts for suspicious activities with the use of machine learning to pick out accounts sending out large amount of friends’ requests within a short time or numerous message requests to users that are below the age of 18.

Once the tool detects a suspicious activity, a pop up chat window shows up pointing out the issue along with options to either block or ignore such user. The new feature is designed to cut down on scammers as well as users pretending as other people, and also help to protect minors from predators. It [the feature] also aims to restrict interactions between adults and younger users who are not really connected on Facebook Messenger.

Our new feature educates people under the age of 18 to be cautious when interacting with an adult they may not know and empowers them to take action before responding to a message,” Facebook said in a blog post.