The Google Fiber project promises its users Internet speeds of 1 Gigabyte per second. It’s only available in select locations, and Google hopes to roll it out to more regions in the future. In anticipation of this news, experts checked in with how Fiber actually performs. As David Talbot reports in MIT Technology Review, Google Fiber reportedly uses only 3.8 Megabits per second when streaming content from Netflix.

Netflix’s servers can only support speeds of 5 Megabits per second, which is good news for those who cannot currently use Fiber. As long as your high-speed Internet provider can meet the 5 Mbps speed, you can watch the same high-definition content as Fiber users. While that doesn’t necessarily mean that Fiber “isn’t worth it,” it may make you feel better about your lack of access to the service.

Google Fiber’s speeds are 10 times faster than current high-speed Internet rates, PC World reports. While this can transform gaming and streaming media for home users, businesses can enjoy video conferences with no lag time, for instance.

Fiber also does not cap users’ bandwidth usage, which other Internet providers, such as Comcast do, PC World adds. Users can watch streaming media without worrying about data caps.

Google Fiber purports the 1 Gbps speed but the average user experiences 3.58 Mbps instead, largely due to servers’ inability to process faster speeds. In short, it’s not just Netflix, it’s everyone. You can spend your Fiber-less time waiting for server capacity to catch up to Internet speeds so that when Fiber does come to your city, you’ll get more out of it.

Users also worry about privacy ramifications, and Google’s recent complicity with the NSA’s spying only confirms these privacy issues. As Google provides your Internet, and even your television service, Google can access more data about you. Google Fiber users are bound by the Google Privacy Policy. 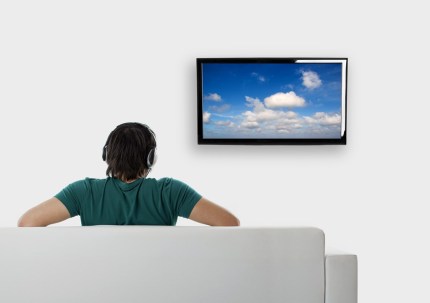 Fiber is live in Kansas City, on both the Kansas and Missouri sides, and will be coming soon to Provo, Utah, and Austin, Texas, Talbot notes. As the service expands, communities neighboring Kansas City — such as Fairway, Kansas, Leawood, Kansas, Lee’s Summit, Missouri, and Gladstone, Missouri — are queued for inclusion in the Fiber network. As Wired writer Marcus Wohlsen notes, it’s not even a guarantee that Google Fiber will continue to expand. Google would need $10 to $15 billion to expand Fiber to 20 more cities the size of Austin.

If you’re Fiber-deprived, you can still enjoy high-definition Netflix with other high-speed Internet services. Experience downloads that range from 20 Mbps up to 500 Mbps, depending on where you live, with Verizon deals on FiOS. Although these speeds are slower than Fiber, you can still experience high-definition Netflix, watch YouTube videos without buffering and download large files quickly.

Guest author Todd Birch has been building websites for years and focuses a majority of his writing on SEO trends and Web hosting.