The Maryland State Senate passed a bill titled “Labor and Employment – User Name and Password Privacy Protection and Exclusions” which if signed into law would make Maryland the first state to forbid employers from requiring job candidates to provide their logon names and passwords for their Twitter, Facebook, or any internet account.

The synopsis of the bill, which is “crossified” with a House bill 964, reads in part: “Prohibiting an employer from requesting or requiring that an employee or applicant disclose any user name, password, or other means for accessing a personal account or service through specified electronic communications devices;”  WTOP reported that the bill passed unanimously by the Senate and by a wide margin in the House. The bill will become law if Governor Martin O’Malley signs it. 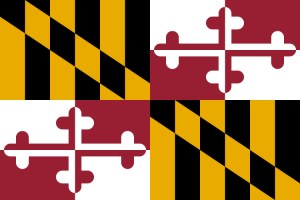 Bradley Shear, an expert in social media law based in Bethesda Maryland, said the law will benefit both companies and employees because: “It lays down boundaries on what you can and can’t do. It takes a grey area and makes a bright line. The bill is a win for employees who want to protect their data security and their personal content passwords. But it’s also a win for employers…Employers don’t want to have access to this content. With access comes responsibility.”

The practice of asking job candidates for their logon and password information for Facebook, Twitter, and other internet accounts has become increasingly common among both private and public employers, such as the Maryland Justice Department, and came to the attention of lawmakers after the AP investigated and reported on the issue.  Richard Blumenthal (D-Conn) and Senator Charles Schumer (D-N.Y.) last month asked the Justice Department and the Equal Opportunity Commission to determine whether this practice violated Federal law.

The American Civil Liberties Union, Electronic Privacy Information Center, and other rights advocacy groups have severely criticized the practice of requesting job applicants provide their logon and password details of their social media accounts. The National Conference of State Legislatures said Illinois, and other states are reviewing bills similar to the one passed in Maryland.