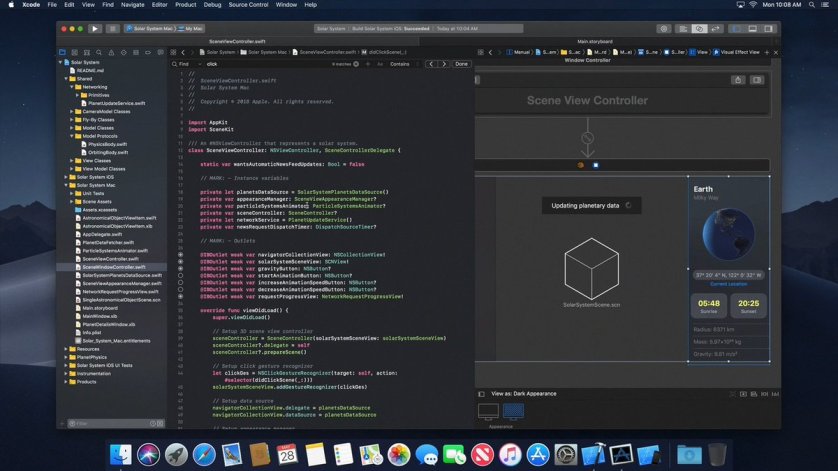 The yearly Worldwide Developers Conference will kick off on Monday. Some updates are showing up early. One of the developers tweeted and shared screenshots of macOS 10.14. The photos revealed significant changes to the macOS.

One of these changes includes a comprehensive dark mode. Although the current macOS has a dark mode, the expected update will not only darken the dock and menu bar but the mode also applies to all apps and Trash can.

But why dark mode is a big deal?

The blue light on your laptop, tablet, and smartphones can ruin your sleep, leading to different health problems. A disrupted sleep schedule could also impair your memory the following day. If you had a poor night’s sleep because of the blue light, it would be harder for you to learn.

Not having enough sleep over a long term can cause a buildup of neurotoxin. The buildup will make it even more difficult to get a good night’s sleep. If you have low melatonin levels because of light exposure, then you are more likely to suffer from depression.

Blue light can also mess with your hormones, especially the ones that control your hunger. As a result, you are more likely to become obese. Furthermore, blue light could be damaging to your eyes as it harms your retina.

With those negative effects of blue light, having a dark mode on macOS can help prevent those side effects.

In addition to the dark mode, the screenshots also indicate that Apple will introduce an app icon for the Apple News.

Unfortunately, Apple does not provide a lot of updates to its desktop operating system. Rumor has it that the company will add universal apps. The universal app system makes it seamless to sync between apps on operating systems. As a result, you can shift from one device to another and pick up where you left off.

We’ll also likely to see new MacBook Pros with new Intel processors and keyboard. Since the company introduced the new switches in 2016, they have become a headache to Apple. They have high failure rates and class action suits. With that in mind, now would be a good time for Apple to provide a new version of its keyboard.

Apple may also introduce ARKIT 2.0 after a year of hype. The technology will enable multiple users to share AR environment.

Regarding watchOS, Apple is not likely to introduce a new Apple Watch. However, we may get a preview of Watch OS 5. No one knows what the upcoming watchOS will look like. However, we may see an addition of Spotify and better fitness features.

We also hope that Apple will introduce AirPower. The company introduced it in the fall. But we have not heard it since. Perhaps, on Monday, we will know the timeframe for its release. We can also expect a refreshed iPad Pro and a more affordable HomePod. Although getting a cheaper HomePod is not likely, the company may give some updates on this upcoming event.