Video marketing is one of the fastest ways possible to encourage brand recognition. It’s also really easy. Here’s what you need to know about it and some steps to get you started. 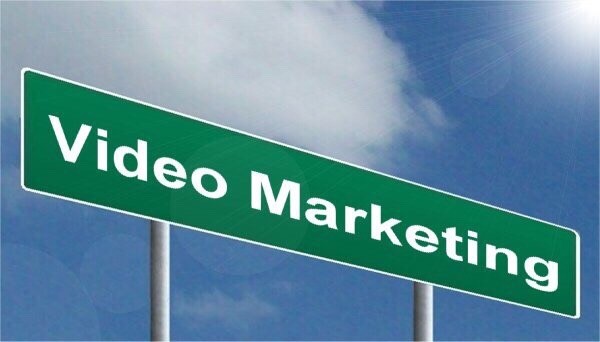 Make a Plan For Video

First things first. Make a plan for your video. In other words, write out a script, build a set, and get “actors” together, if you need them. Your script doesn’t have to be anything epic or detailed. It just has to outline what you will do and say in the video.

Focus on the end or goal of the video. What is the main message you want to get across? Figure that out first, then work backwards.

Having a script also reduces the number of “ahhs” and “uhmmms” in the video, which can be very distracting for the viewer. If you don’t trust your own script-writing skills, hire help.

as for sets, you don’t need a billion dollar studio here. In fact, a natural background where you’re walking through the park might be enough. You could also rent out a conference room and turn it into a semi-professional studio for a very low cost.

If you will have actors in your video, plan that out too. Get the requisite release forms, and make sure you have any licensing for filming in place.

The best videos are conversational as they establish a relationship with the viewer. We all know a staged scene when we see it, and they’re rarely convincing. Commercials that are obviously commercials, with fake laughter, canned dialog, and cheesy soundbites just aren’t convincing. They’re embarrassing.

And yet, many businesses still use these gimmicks in video. Don’t follow the crowd. Be authentic. Be yourself. Sometimes, all you need is a camera and your talking head.

Teach first, sell second. Ideally, your video will educate users on what it is you do, how you do it, and why it benefits users. But, it will not come across as a product or service pitch. It will be a demo of what you do.

It will explain the benefits of using your product by teaching people how it works and how it’s applicable to their business.

For example, if you sell golf clubs, you might use your video as a way to instruct new golfers (or even seasoned players) on how to tighten up their game, reduce the number of strokes they take, and what to look for in a golf club.

You might use your own golf club in the demo videos, but you wouldn’t pitch it directly. Instead, you would simply show people how you’re using the club. You might even highlight unique features of the club in a non-promotional way and then mention to viewers that they should be looking for a club with similar features.

This educational approach can be parlayed into a video email course or even a full-blown video membership site, where users engage with you and your content, over time. This largely eliminates the need for direct selling because users become comfortable with you. They trust you. And, consequently, you don’t need to hard sell them anything.

Before the “meat” of your video, consider adding bumper footage. Bumper footage is like an opening and closing video segment. Think of it like you would a T.V. show. When the show starts, there might be a small intro before the music cues up and the show begins. But, there’s always an intro to the show, as well as the rolling credits afterwards.

Do the same for your video. It’ll make it more professional. Users will get the impression that, even though your video is conversational in nature, it’s still professional. It’s the right amount of “polish” on a more laid-back approach to video.

It doesn’t have to look like you’re shooting a Hollywood film. It just have to give you high quality HD video. Most mobile phone cameras these days are actually good enough, as long as you have an external mic to handle the audio. And, as far as editing goes, you should be safe with iMovie or Windows Movie Maker or similar applications.

Keep edits simple. In fact, the best edits are light edits. If you’re trying to come across as authentic, users appreciate this kind of thing. When things look too polished, it makes your message feel more like a commercial than an educational piece.

Isning Gamez, founder of Isning LLC, has always had a lifelong passion for the magic of video to tell stories and convey ideas. He dreamed of taking this passion along with his extensive knowledge of video production to help businesses become more successful. Through his dedication and hard work Isning has built Isning LLC into the most successful video production and web design company in the Coachella Valley and throughout Southern California. This family business is rooted in loyalty, commitment, dedication and values respect, companionship, discipline and perseverance at the highest level. In addition to being an award-winning television producer, Isning Gamez won many awards in martial arts such as a Judo black belt. Isning is also a family man, and it might be fatherhood that taught him to share his knowledge and help others grow.