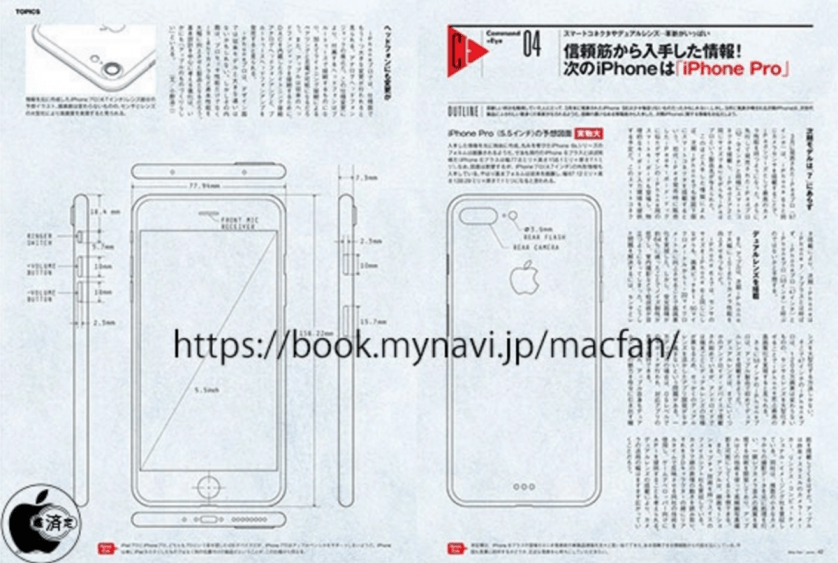 In the past years, millions of loyal Apple customers wanted to have the latest iPhones. Nowadays, users doubt what they might get in 2016. In a previous iPhone 7 leak provided by Macotakara, the latest hardware on iPhone 7 was the Smart Connector.

The Smart Connector was visible in a leaked prototype, but the most recent leak revealed that Apple decided not to carry it to the final design.

What is a Smart Connector?

The company introduced it along with the iPad Pro range. It allows Lightning port to deliver power and data at the same time.

On iPad Pro, for example, Smart Connector enables third-party keyboards to work as soon as they’re plugged in without the use of batteries or charging.

If used on iPhone, it allows accessories to take power from the device itself. It could have provided you sleek mini keyboards, smart cases, and so on and so forth.

Some are worried about Apple’s practice of shaving its hardware improvements. Others are concerned about its lack of innovation to its iOS.

Many are also doubting the company’s strategy that it’s already faltering.

With iPhone 7, you can say goodbye to the headphone jack. It’s a risky plan for the company to axe its oldest universal standard. One of its reasons is that the company wants to make a wireless EarPods.

Another reason that Apple may ditch audio jack is to give way for the company to make thinner iPhones. But it’s not the first time that the it removed its standard accessories and ports from its devices.

Recently, it replaced USB ports with the new USB Type-C port in its 12-inch MacBook.

Now, if the iPhone 7 leak is real, people would be unhappy knowing that they no longer have that standard 3.5mm jack. Some iPhone users like to plug in a headphone so the sound will be better than when you hear it with a wireless headphone.

If Apple did decide to remove this feature, every user who owns a headphone would have to use an adapter. And because Apple accessories aren’t cheap, don’t expect the adapter to be cheap.

The iPhone 7 may have a Lightning port; it does not have analog audio. That said, the adapter has to contain a DAC. Using it with your iPhone can be annoying. Plus, it could get lost easily.

The removal of this standard feature would frustrate many of Apple loyal customers.

Some are saying that iPhone could still get thinner even with the audio jack. But if indeed, there’s no audio jack on iPhone 7, you could opt for an adapter or use Bluetooth headphones. Unfortunately, they, too, aren’t cheap. And they don’t sound good compared to wired earphones.

With millions of people owning headphones, removing the headphone jack from iPhone is not a good, idea and it doesn’t make sense. A lot of iPhone enthusiasts are hoping that Apple won’t wipe it out.