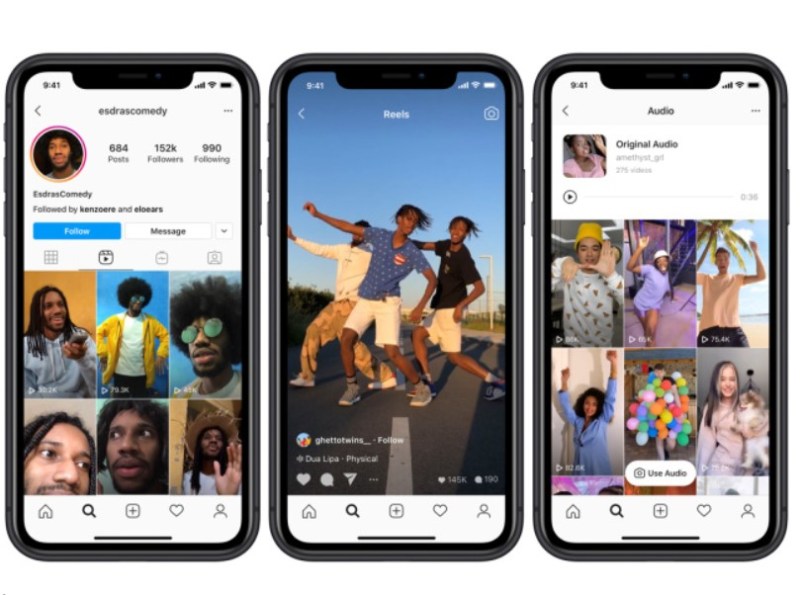 Facebook is reportedly set to take advantage of the current difficult situation TikTok has found itself in with governments by preparing grounds for the global launch of Instagram Reels. Instagram Reels as you know is a feature designed by the social media giant to allow you make and share 15-second video clips.

Per CNBC, Facebook is now putting finishing touches to preparation as it is set to launch Reels in more than 50 countries in the coming weeks. Citing sources familiar with the matter, CNBC reports that Facebook will roll out the TikTok-cloned feature in the US, UK, Japan, Mexico, and in about 50 other countries of the world. To this end, a new icon is being added at the bottom of the screen in Instagram where you will be able to post Reels to the main feed or Instagram Explore for public accounts.

TikTok faces uncertain times in the US and India; this presents Facebook with its over 3 billion users a huge chance to catch rack up some numbers. TikTok unsurprisingly happens to be the place for teens; but with recent government scrutiny in the US and the recent ban in India, things may never be the same again.

Facebook wasted no time in its bid to upstage TikTok in India as the social media giant reportedly began testing Instagram Reel in the country shortly after the government announced a ban. The test came only a couple of days after TikTok and 58 other apps were banned in that country, which did not come as a surprise—quite a large number of tech writers and social media commentators had predicted this.

Users were unable to access the TikTok’s servers a few days after the ban on 59 Chinese apps was announced by the Indian government. This may not be unconnected with the company’s official statement via its Twitter page hours after the ban was announced. In the statement, the company said it plans to comply with the ban issued by the Indian government, while denying any wrongdoing.

Following the announcement by the Indian government banning 59 Chinese apps including TikTok, TikTok issued a statement expressing its readiness to comply with the directive. In the statement, which was released via its Twitter page, the popular app known for viral videos denied sharing user information with China.

Last February Transportation Security Administration told its employees to stop using the app. This came weeks after the army banned the use of TikTok on government owned phones. TSA told users to stop using the Chinese-owned app to create social media posts for the agency.

Considering the popularity of the app among teens in the US, the government launched a national security review. This prompted New York Senator Chuck Schumer to send a letter to TSA Administrator David Pekoske. “Small number of TSA employees have previously used TikTok on their personal devices to create videos for use in TSA’s social media outreach, but that practice has since been discontinued.”