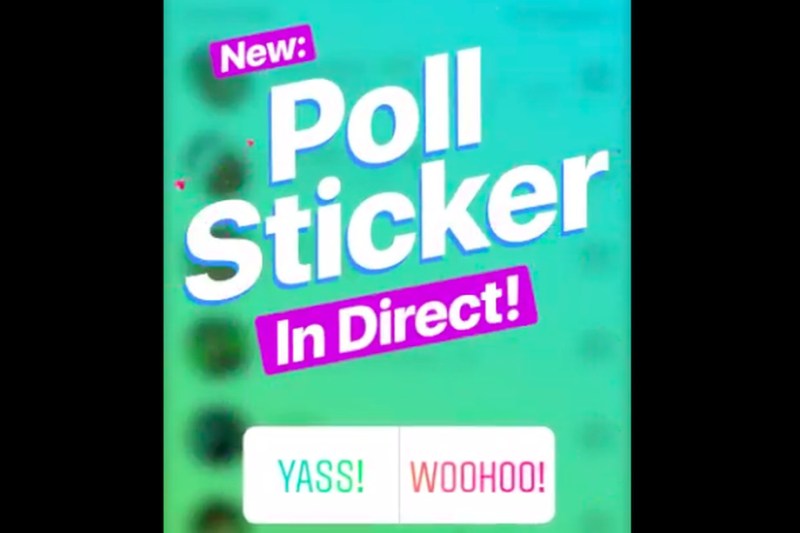 Instagram has added a new way to send polls to your friends on the platform via Direct Message. What that means is that you can now send private polls you don’t want anyone but your friends to get involved in. The Verge reports that it works pretty the same way as adding the poll sticker to your own stories. The only noticeable difference is that you will now also be presented with the option to send the story to a selection of your friends.

Every of your friends in the group chat will be able to view the poll results as voting takes place in real-time. A poll actually doesn’t have to involve everyone, and that is why this update could be very useful for those moments when you need a couple of your friends to help you make a decision.

Instagram announced the new update in a tweet on Tuesday, and you and your friends can begin to access the feature in the coming days: “Starting today, you can send a poll privately in Direct. Update your app to choose who you want to poll – whether it’s everyone in a big group thread or just your very best friend. Update your app now to try it!”

Last October, Instagram launched a new way to add a poll with a sticker. To add the polling sticker, simply drag and drop it onto your image in your story. Once this has been done, you will be presented with the option of customizing the question choices. Your followers or people viewing your story will be able to tap on a choice to vote.

The feature also comes with the benefit of viewing the overall results. You can see the result for yourself by opening the viewers list for either the image or video on your story. You will be presented with the total votes, those who voted, as well as what they chose during the vote.

Just last month, the Facebook subsidiary added a new “Questions Stickers” to Stories. You will be allowed to ask specific questions, while viewers can then tap into the text box and respond with whatever answers they like.

The feature gives users an option of asking their followers questions that can be selectively shared and responded to publicly inside their Stories feed. This will surely help to boost the activities of influencers who by the way are becoming more popular these days. Millions of people on Instagram want to know more about the influencers they follow on the platform, and the Questions Sticker feature offers them a way out to do just that.