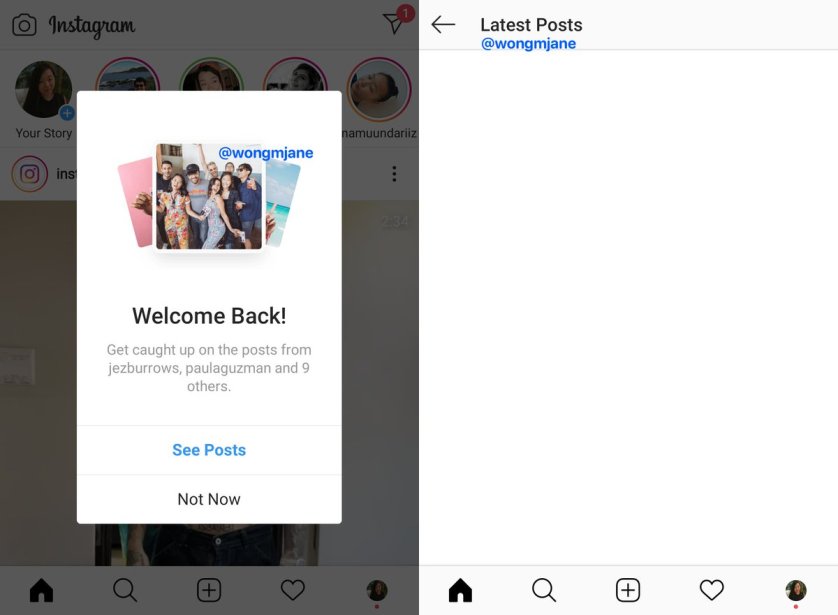 Could the dream of millions of Instagram users about to come true? The picture sharing app is reportedly testing a new feature called “Latest Post” that is still being tested. The feature, which looks very much like Chronological feed was spotted by reliable tipster Jane Manchun Wong.

Wong as usual took to her Twitter page to post the new feature, which I must confess looks similar to the much desired Chronological feed. The differences are not much, but Instagram users would not mind having this feature since it looks very much the same and performs similar function.

The feature is still being tested, and may yet take a couple of more weeks or maybe months before official roll out.

This sounds like the chronological feed people are asking for. Similar, but not the same 👀 pic.twitter.com/AUMwlZGtUr

One other feature that will get users excited is the video trimmer, which reports suggest is already being tested by the Facebook-owned app. The good news is that a tool within the Instagram app that will allow you to trim your videos before posting them to your stories is now being tested.

This is one feature that will go a long way to help you adjust the size of your videos before being posted. It is an overdue one because you can find such feature when using TikTok.

The screenshot of the feature was posted on Twitter by no less a person than reliable reverse engineer Jane Manchun Wong. Jane as you already know, has carved for herself a reputation when it comes to inside stories especially unreleased features. Her reputation for getting most these stories right months or even days before they are released fills us with much hope that this feature may likely be confirmed soon.

In more Instagram news, there is a chance that IGTV creators could start making money with ads on the platform. This is coming close to two years since the long-form video hub was launched by the Facebook-owned app.

This piece of information was confirmed to TechCrunch by the company. Instagram said it has internally designed an Instagram Partner Program that will give creators the opportunity to earn money by showing ads along with their videos on the platform. This, according to TechCrunch will encourage creators to bring top notch content to the platform.

The monetization program, according to TechCrunch, could work in similar way as Facebook Watch—a feature that allows produces to earn 55 percent cut from revenue accruing from “Ad Breaks” that are placed in-between content. For now, it is not clear what percentage or if Instagram would adopt similar one as that of Watch when it comes to revenue sharing.

What we have at the moment in terms of content is nothing to write home about and does not as a matter of competition worry a platform like TikTok that is making all the headlines these days. A lack of quality content could probably be the reason why the standalone IGTV app has not really attracted the kind of downloads one would have expected.