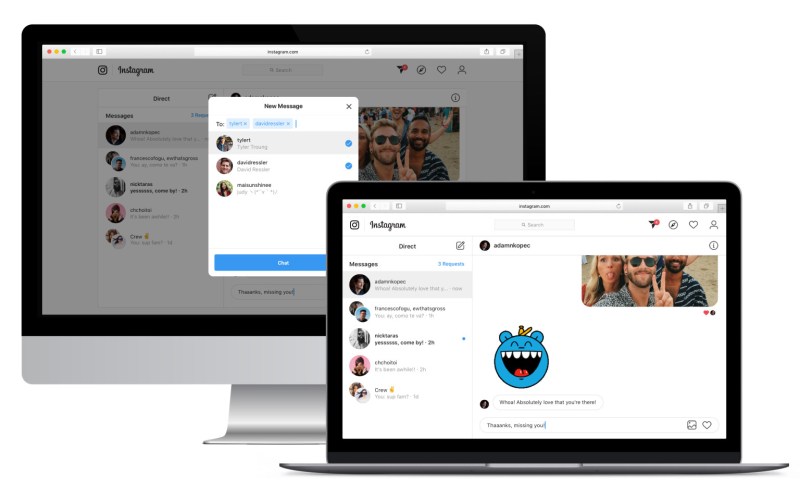 Finally, you will be able to chat with your followers on your web browser on Instagram. The Facebook owned ephemeral photo sharing app began testing the new feature with a handful of users, which was first reported by TechCrunch a year ago.

In a tweet on Tuesday announcing the test, Instagram chief Adam Mosseri said: “For those of you into your DMs, today we start to test Direct on desktop web. Now, it’s only a small percentage of people for now—we need to make sure it works well—but we hope to bring this to everyone soon.”

Per TechCrunch, Instagram explained that its website users will be able to see when they have received new DMs, view their whole inbox, start a new message threads or group chat, send photos [but not capture them], double click to Like and share posts from their feed via Direct, so that they can respond to friends with memes or gossip. Users, however, will not be able to send videos, but will be able to view non-disappearing ones.

The small test is expected to lead to a wider roll out, which is not expected to take a very long time. Until then, we have no choice but to keep our fingers crossed.

In other news, Instagram is working a new option that will let users choose who can mention them. This is another effort geared towards making the platform safe for everyone. The feature could be very useful when it comes to protecting users on the platform from being harassed.

The feature was spotted by reliable tipster Jane Manchun Wong. As usual, she posted a screenshot of the upcoming feature, which shows three different options including: “Everyone,” “People You Follow” and “Off.”

Twitter’s upcoming feature was made known by the company’s director of product and management, Suzanne Xie at the CES event in Las Vegas. Xie used the occasion to unveil some other upcoming changes being planned by the microblogging company—with emphasis on conversations.