Home » Instagram Is Testing A Feature That Informs You If A Person Screenshots Your Story – Another Feature From Snapchat?

Instagram Is Testing A Feature That Informs You If A Person Screenshots Your Story – Another Feature From Snapchat?

Home » Social Media News » Instagram Is Testing A Feature That Informs You If A Person Screenshots Your Story – Another Feature From Snapchat? 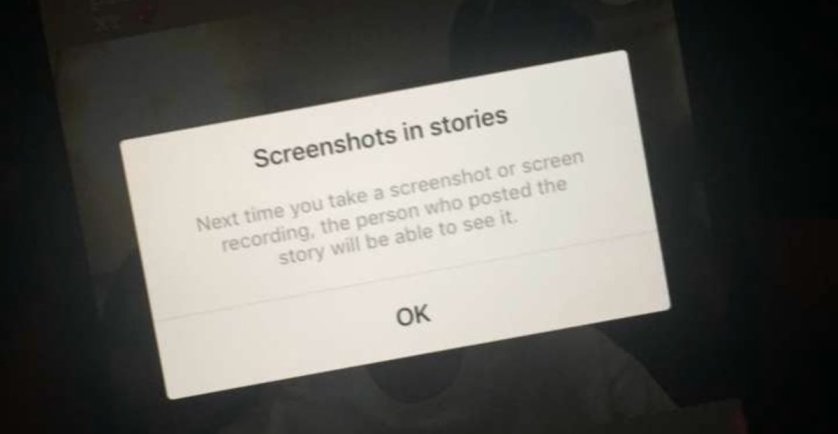 In March 2016, Facebook acquired the app MSQRD, which allows you to swap faces with effects. They are similar to the Lens filters of Snapchat. It’s one of the indications that the company was getting in the Snapchat’s territory. A month after that, Facebook included scannable QR codes for its profiles in Messenger, which is another similar feature of Snapchat.

One of the most vivid new tools created in the past five years is not Oculus or animoji. Rather, it’s the chronological showcase of images, video, and text that removes itself after 24 hours.

Developed by Snapchat and copied by Instagram and Facebook, ephemeral messaging is one of the unique forms of this social media site in the mobile Age. Since 2017, 250 million individuals made use of the feature on Instagram on a daily basis.

Currently, Instagram is copying one more feature from Snapchat. It’s now testing a feature that notifies you when a person takes a screenshot of your Story. Twitter users have detected the modification.

The feature makes sense to Instagram. The reason for this is that Stories are confessional and cannot be re-used. They’re like podcasts. They gain from being cordoned off from the remainder of the web. On Instagram, you cannot connect to a web page from your story, unless you’re a star. You need to sit there and watch it.

However, people can still take a screenshot of this exclusive form and send it to their pals. They can even publish it online. So without a straightforward means to obstruct individuals from making use of the screenshot feature, Instagram is now copying from Snapchat. Unfortunately, screenshot feature is a regulated function of a phone’s operating system.

This new security feature puts a star-shaped icon beside the username of who has taken a screenshot in the Story. You will get this message on your phone:

“Next time you take a screenshot or screen recording, the person who posted the story will be able to see it.”

Some Snapchat users had migrated to Instagram. One of their reasons is that they don’t want to receive screen-shotting alerts. Because of that, Instagram might decide not to roll out this new feature to all users.

However, users can still avoid being detected. For example, you can put your phone to airplane mode before you take a screenshot. You can also view an Instagram story through a web browser on your desktop. From there, you can safely screenshot the Story.

For Evan Spiegel, he and his team have to get comfortable with it because it means that they’re making great stuff. Just because Instagram has the same features as Snapchat’s, doesn’t mean that it’s Snapchat.

Unfortunately, Instagram copying Snapchat features hurt the latter’s user growth as it slowed to its slowest pace, even though it added 8 million daily users in the first three months of 2017.