Instagram is tackling bullying with a new feature called “Restrict” 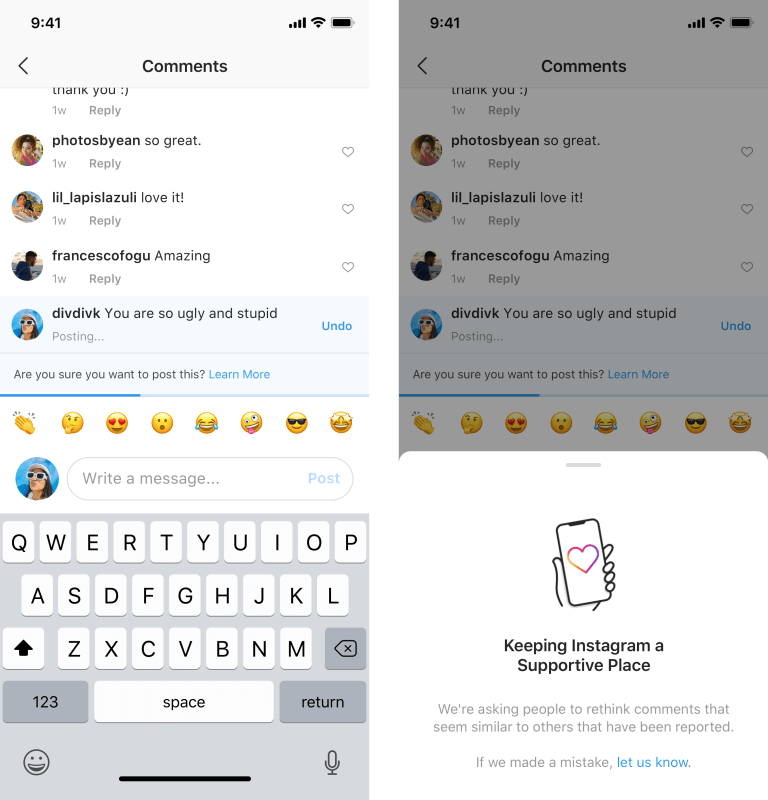 The battle to make Instagram a safe place for all is an ongoing one—and the ephemeral picture-sharing app has just announced a new feature called “Restrict.” The new feature, according to Instagram’s head Adam Mosseri is part of the company’s plan to curb the menace called bullying as well as harassment on the platform.

The new feature is powered by artificial intelligence [no surprise actually], which notifies you when your post offensive comments. The aim is to give you a chance to reflect and undo your comment, “Restrict” also prevents the recipient from receiving harmful comment notification.

Instagram in a blog post said early tests carried out on the feature showed encouraging results. Some users, according to the company, undo their comment and share something less hurtful once they have had a chance to reflect on what was sent. 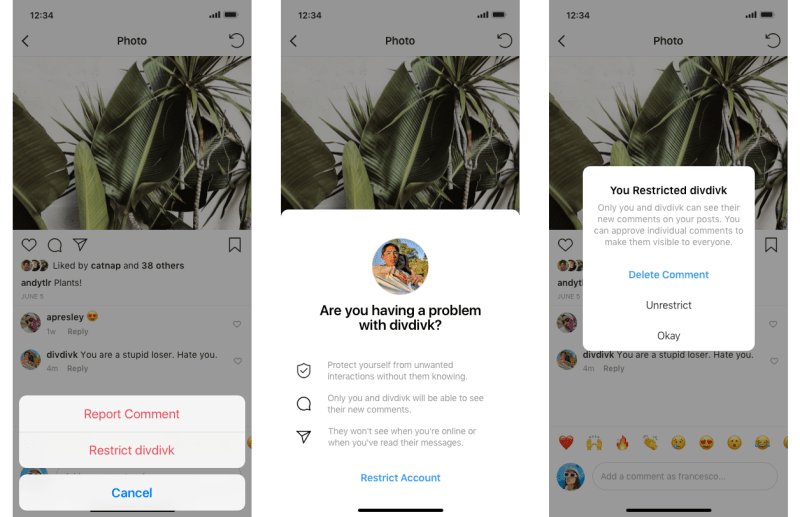 On how the feature, which is soon to be launched will be used, Mosseri said in a blog post that:

“Once you Restrict someone, comments on your posts from that person will only be visible to that person. You can choose to make a restricted person’s comments visible to others by approving their comments. Restricted people won’t be able to see when you’re active on Instagram or when you’ve read their direct messages.”

I have not had the chance to test to see how it works, but it does sound like a cool feature that could complement previously added ones. Bullies are not making the platform a place you want to have fun—people get harassed constantly, and they oftentimes seem to get away with it. Perhaps, this could help reduce if not eliminate the menace and restore some sanity to the platform.

In 2018, Instagram launched the “Mute” feature that allows you to remove a user’s post or stories or get rid of both of them in one swoop. You will be able to view a muted user’s profile even without the person knowing that such action was taken by you. You will also be able to unmute the user if you eventually decide to take such step.

The Mute feature is the perfect feature for all those whose feeds get loads of annoying posts. Now, instead of unfollowing some users because they bore you with too many posts in your feed or stories, all you need to do is to mute their posts. It is a way to deal with all the clogs and restore sanity back to your feed and stories.