Home » Instagram has launched a new tool for personal fundraising

Instagram has launched a new tool for personal fundraising 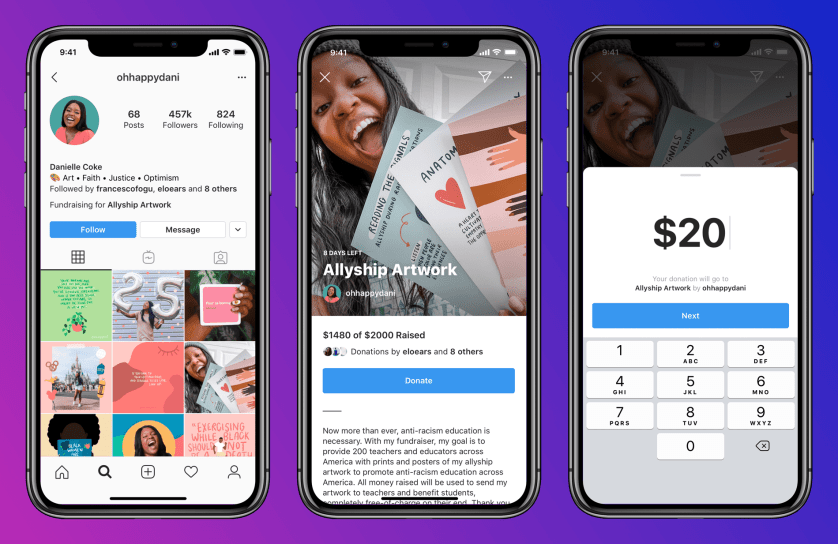 Instagram has launched a new fundraiser tool for personal fundraising. The Facebook-owned app said it has begun a small test of the feature, which allows you to link directly to a fundraiser from your profile page. Tests are scheduled to take place with users in the US, UK, and Ireland on beginning with Android, then followed by iOS.

To meet existing guidelines and rules, fundraisers will first be vetted by Instagram to ensure there are no foul play; though, they will be free to choose to either start a cause or support an existing one.

To get started [for those who have access to the test], tap “Edit Profile,” “Add Fundraiser,” followed by “Raise Money.” You will then be able to choose a photo, select the fundraiser category, and enter further details to tell the story and encourage donations. You will be able to raise funds for 30 days with the option to extend fundraising just once for 30 or more days; but this will only happen after you have been approved by Instagram.

With more than $100 million raised since January according to Facebook, fundraising is increasingly becoming popular these days. The company also said donations in the US in the last 30 days have doubled.

Identity of donors will not be made public by choice, but you will, however, be able to see their username, name on their profile and donation amount. Once your fundraiser concludes, funds will go directly to the bank account of your choice.

The fundraiser tool will be available to only a small number of users in the aforementioned countries. Instagram however, plans to expand to more users in other countries in the coming months.

In 2019, Instagram launched a “donation sticker” that allows nonprofits keep 100 percent of proceeds. It further confirmed the company’s love for stickers or probably just goes to show that the feedback Instagram has been getting from users have been encouraging.

Charity organizations and their supporters will be able to create a 24-hour fundraiser on Instagram Stories. Giving can be made without exiting Instagram, while all the money raised goes to nonprofits.