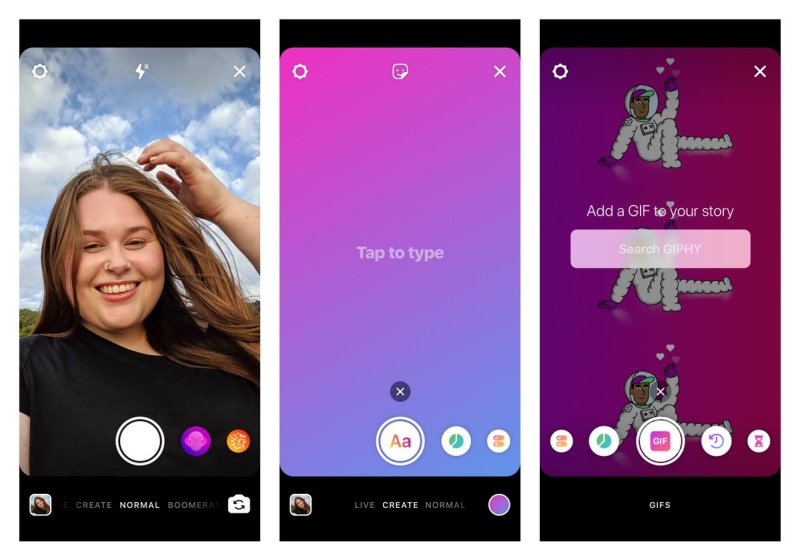 Instagram has rolled out a new camera UI. The change is one of a couple of others made since the start of the current week. The social media giant made the announcement via its Twitter page on Tuesday, but did not say exactly if the update is available to everyone at the moment.

Other than the screenshot to accompany the post on Twitter, the company did not give much away in terms of the new look camera UI. However, we do trust that the picture will become clearer in the days ahead.

Say hello to your new camera, including the new Create mode (packed with fun new tools like the GIFs format). pic.twitter.com/0lX68CIaWT

Going forward, you will be able to add a GIF to your story. This unsurprisingly is being powered by GIPHY, and I guess it is a feature open to all users [I stand to be corrected though]. This new method will make it quicker and easier to add GIFs to your story, which before now was not as smooth as expected.

Instagram on Monday confirmed to Buzz Feed that its “following tab” is going away. The following tab is the activity feed that displays what posts your friends are liking, commenting on, and following. The company actually started removing the tab for some of its users back in August, and is now set to discontinue the tab across all accounts this week.

A couple of weeks ago, Instagram initiated a move to sanitize the influencer market—and this could affect the categories of people who have access to certain posts. The Facebook-owned picture sharing service wants to start restricting people under the age of 18 from seeing posts that promote cosmetic surgery or weight loss. This move is part of the company’s new policy that targets a fast growing sect of influencer marketing.

The Facebook subsidiary could go as far as getting rid of posts, especially in cases where such include incentives that encourage people to buy a particular product. Instagram will not hesitate to remove a post when it “makes a miraculous claim about certain diet or weight loss products, and is linked to a commercial offer such as a discount code.”