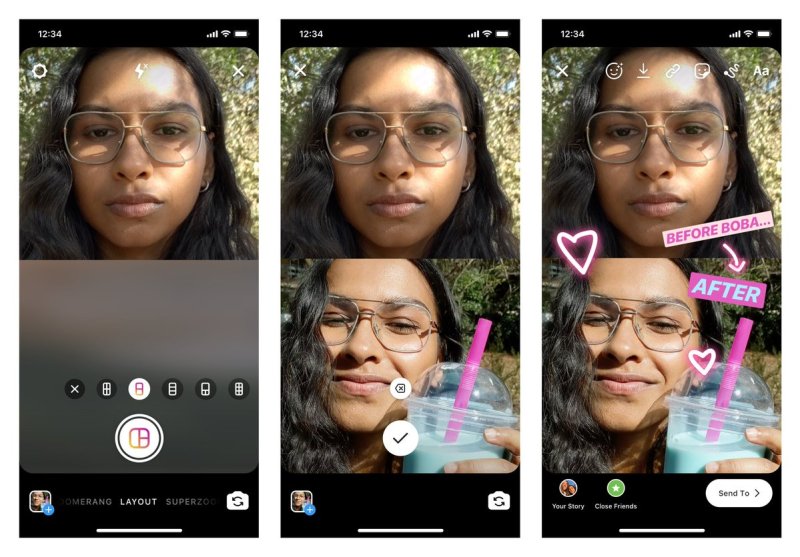 It is about that time of the year when social media apps start rolling out new features, while also improving on current ones. On Tuesday, Facebook-owned Instagram launched a new way to capture and share multiple pictures in Stories.

Unlike what we had before the update, you can now capture and share multiple pictures in your stories, which gives you a new way to express yourself. While this might not be a major update, it is worth mentioning that users can at least do something more creative with their stories.

Strike a pose. And another pose. And then another. 📸

With Layout, you can now capture and share multiple photos in your story — a new, creative way to express yourself. Check it out! pic.twitter.com/j02aYOjsoO

A couple of days ago, Instagram Stories gets welcomed a new update that lets you create group. What that means is that you can now create a new private group where you and your friends can collaborate.

The feature was spotted by Twitter user Vikki who took to her Twitter page to share the screenshot. In a brief description according to the screenshot, Instagram said: “you can now collaborate on a private story with friends. Create a group so that members can see and add to the story.”

Group stories is one in several efforts being made by Instagram to keep the conversation going. Users can easily create a private group and invite their friends and persons of similar interest to collaborate with.

It is not clear at this time if group stories is being rolled out in phases and if it is available to every user. However, it would serve as a useful tool for brands to build a network or loyal followers and customers around their products and services.

In a bid to keep improving Stories, Instagram has reportedly launched a new “Shoutouts” feature. The Shoutouts feature will present users an opportunity to reach out to their loved ones during different occasions such as birthdays, anniversaries, and many others. I have not been able to confirm if this feature is a full roll out or still being tested.