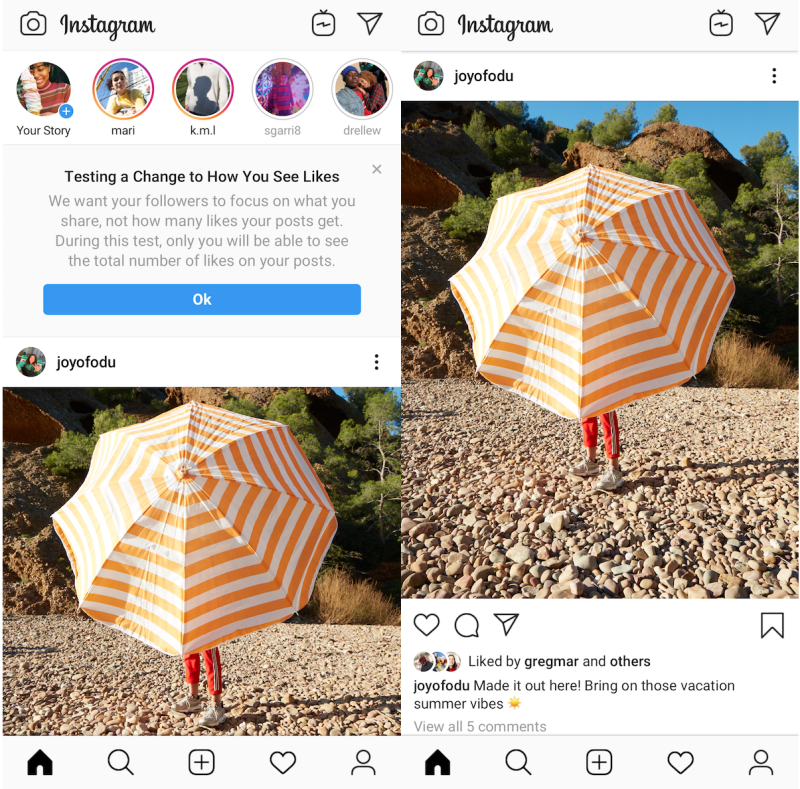 Users in six more countries including Ireland, Japan, New Zealand, Italy, Brazil, and Australia will have access to test hide like counts on their posts. The six countries will now join users in Canada who already have access to the test; and will now be able to hide their likes by default. The feature will appear on the posts of users in those countries by default, but will be able to opt out to show the likes publicly.

Instagram in a statement per the BBC said the hide like counts is being added to take away the “pressure” users have on the number of likes they hope to receive on a post. “We hope this test will remove the pressure of how many likes a post will receive, so you can focus on sharing the things you love,” Mia Garlick, Facebook Australia and New Zealand director of policy said in a statement.

The outcome of course, will be that users will feel less judged, and will be able to focus on other important things on the platform. “Whether this change can help people focus less on likes and more on telling their story.”

Users on Instagram has always viewed the number of likes they receive per post as a measurement of their popularity on the platform. Inability or failure to hit the expected likes for each post could sometimes lead to depression on the part of such user.

A couple of months back when the test actually kicked off in Canada, Instagram in a statement said: “We want people to worry a little bit less about how many likes they’re getting on Instagram and spend a bit more time connecting with the people that they care about.”

While a low number of “likes” could lead to low self-esteem for some users, it could also serve as a morale booster for users who get reasonable likes on each post. In fairness to Instagram, likes should not be a true reflection of a person’s popularity on the platform.

Hopefully we will get a global roll out of the change soon, and more people can access it.

The battle to make Instagram a safe place for all is an ongoing one—and the ephemeral picture-sharing app recently announced a new feature called “Restrict.” Restrict, according to Instagram’s head Adam Mosseri is part of the company’s plan to curb the menace called bullying as well as harassment on the platform.

The new feature is powered by artificial intelligence [no surprise actually], which notifies you when your post offensive comments. The aim is to give you a chance to reflect and undo your comment, “Restrict” also prevents the recipient from receiving harmful comment notification.