Home » Instagram could son let you choose who can mention you

Instagram could son let you choose who can mention you 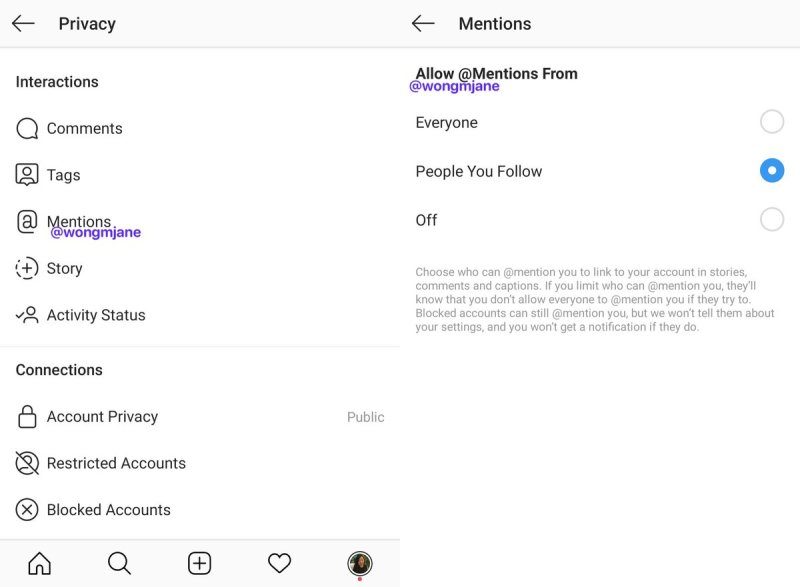 Instagram is working a new option that will let users choose who can mention them. This is another effort geared towards making the platform safe for everyone. The feature could be very useful when it comes to protecting users on the platform from being harassed.

The feature was spotted by reliable tipster Jane Manchun Wong. As usual, she posted a screenshot of the upcoming feature, which shows three different options including: “Everyone,” “People You Follow” and “Off.”

Twitter’s upcoming feature was made known by the company’s director of product and management, Suzanne Xie at the CES event in Las Vegas. Xie used the occasion to unveil some other upcoming changes being planned by the microblogging company—with emphasis on conversations.

The objective of course, is to give a chance to pause and have a rethink before going ahead to post a photo or video that might be carrying a potentially offensive title. Instagram believes that if people are notified ahead of any such post, they can be encouraged to have a rethink of their words when they get a second chance.

The new tool is powered by artificial intelligence, and has been tested. As with previously launched tools being powered by AI, this tool will improve as time goes on. Good thing is that you will get a second chance to change the caption of your post, which is the real idea behind the launch.