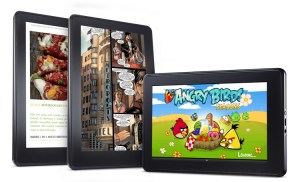 The components for the Kindle Fire were uncovered by iFixit in a recent teardown of the new tablet from Amazon.

IFixit usually does these teardowns of newly-released gadgets finding out what components are inside them giving users an idea of the innards of the devices and how costly it would be to repair these devices in case a component fails.

The firm also rates how hard it would be to fix a device. IFixit sells repair kits and also offers professional device repair services.

The Kindle Fire was shipped by Amazon on Monday, a day before its expected release.

Amazon is expected to sell about five million units of the Kindle fire for this current quarter. The Kindle Fire is also touted as a serious challenger to the dominant Apple iPad in the tablet niche.