Home » Technology News » IBM Job Cuts in Germany, 8000 may be laid off

IBM is planning to cut thousands of jobs in Germany with the purpose of reducing costs and achieving financial growth, reports Reuters with reference to German trade union representative.

According to a labor representative on the supervisory board for IBM Germany Christine Muhr, the exact number and timing of job cuts has not yet been decided. However, there are voices going around that IBM is intending to reduce the number of employees on a permanent basis, and to hire more temporary workers for specific ongoing projects whenever required.

According to the German publication Handelsblatt, IBM may axe in Germany up to 8000 personnel. Referring to one of the top managers of company, whose name and position has not been disclosed, Handelsblatt reports that out of twenty thousand employees of company in Germany, only 12 thousand would be retained.

IBM spokesperson declined to comment on possible layoffs, calling it only a rumor reports Reuters. Website of the company has also not announced about any possible layoffs. 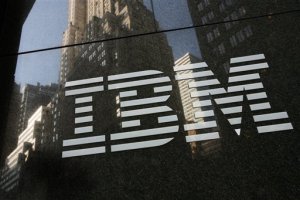 At the same time, according to Muhr, IBM is testing a model of temporary hiring for individual projects in other countries around the world. In internal documents of IBM, such employees are called liquid players, writes the news agency. Through the project of temporary employment dubbed internally as “Generation Open”, IBM is trying to reduce the duration of project implementation by 30% and reduce the costs of their implementation by a third, says the agency.