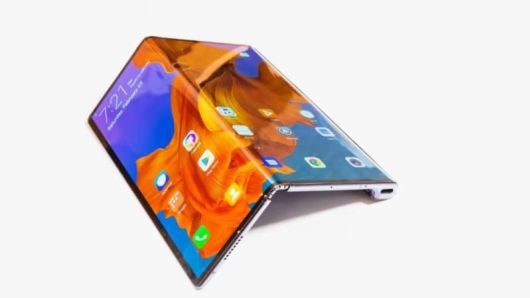 Huawei launched on Sunday a new foldable smartphone at the Mobile World Congress in Barcelona. It now competes with the Samsung Galaxy Fold, the first consumer-ready foldable device.

The Chinese tech giant said the Huawei Mate X will start at 2299 euros (roughly $2600) and ship by mid-2019. It tops even the $1980 high-end Samsung Galaxy Fold and the most expensive Apple iPhones.

U.S. officials have warned consumers against Huawei devices. They fear that the Chinese are using these as tools for espionage.

Huawei has repeatedly denied these charges. It is also stuck in the middle of tensions between China and the U.S. in rolling out 5G networks.

The Mate X is a 5G-ready, 6.6-inch smartphone that unfolds into an 8-inch tablet. It directly competes with the Samsung Galaxy Fold, as the world’s largest smartphone makers try to liven up a plateauing market.

Huawei’s Mate X has a curvier screen than the Galaxy Fold. It closes or folds back to show two screens –one on each side. When folded, it has a slimmer profile than the Fold.

The phone runs on the Huawei Kirin 980 processor and Balong 5000 chipset. You can download a 1 GB movie in three seconds with this chipset.

The Mate X is the company’s first 5G phone. The Chinese firm said it trumps other companies with 5G devices since it has the gamut of equipment required to operate wireless networks. Huawei is also the world’s biggest telco equipment provider.

Other notable features of the Mate X:

Huawei has yet to specify which markets the Mate X will ship. 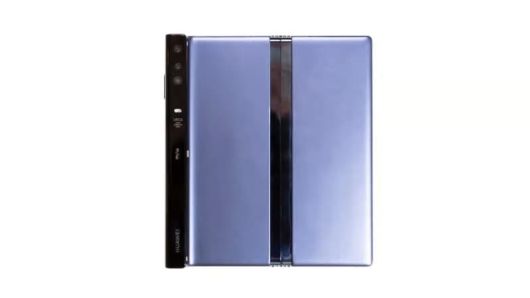 Pulled Down but Reaching New Heights

Compounded pressure from the U.S. and other countries is not hurting sales in Huawei’s consumer business.

The company reported a record $52 billion in sales last year. Strong demand for its premium smartphones pushed sales up to 50 percent year-on-year.

2018 was a milestone year for Huawei. It passed Apple as the world’s second largest smartphone maker. It now only trails Samsung at the top spot.

In comparison, Apple iPhone shipments in China fell 20 percent during that quarter.

Huawei has acquired a clear edge over the competition for extensive applications including photography, gaming and business usage by building solid technology prowess and innovations and collaborating closely with suppliers.

Some market analysts have concerns about the price tag of the foldable phones from Huawei and Samsung. Consumers now tend to hold onto their phones longer.

How can they justify spending more than a thousand dollars on a new smartphone?

Apple has yet to reveal if it has plans to compete with the Huawei Mate X and Samsung Galaxy Fold.