Home » HQ Trivia is Shutting Down

HQ Trivia is Shutting Down

HQ Trivia was a mobile game show. Released in 2017, players could play for free and win prize money. The app was developed by the Vine creators Colin Kroll and Rus Yusupov. 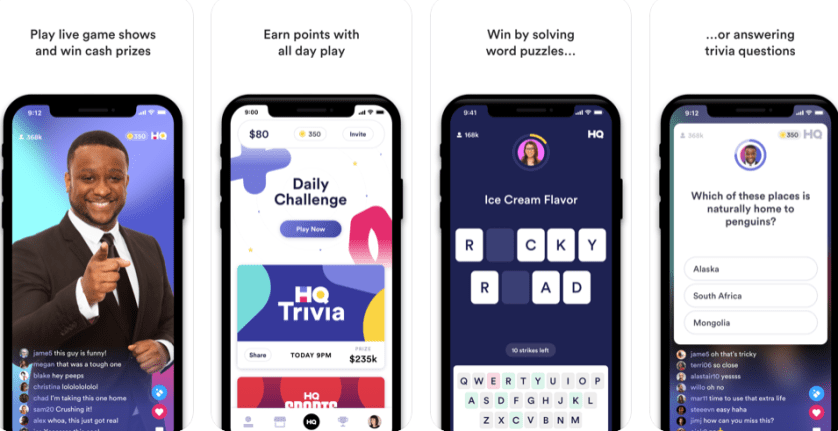 It was a good mobile app. But it was a sagging game show. It was in talks for purchase. However, buyer retreated. Investors, on the other hand, did not want to put more money into the lackluster show.

When it launched in 2017, it received over $15 million in venture capital. Out of that money, $6 was paid out in prizes.

Since 2018, the app was in steady decline. It peaked at more than 2.3 million players. But it failed to attract more users. Recently, it was down to just tens of thousands.

It did not provide enticing games. Then, the prize money was split between many winners.

In December 2018, Colin Kroll, one of the founders, died of a drug overdose. He started his career as a software engineer at the Right Media. When the said company was acquired by Yahoo in 20006, he led the engineering team in Yahoo’s search tech group from 2006 to 2011. However, he left to join Jetsetter. But in 2012, he left Jetsetter to start his own company called Vine with Dominik Hofmann and Yusopov. Twitter acquired Vine and Colin moved to start a new app with Rus and the HQ Trivia app was born.

It became popular. But its popularity faded over time.

On Friday, CEO Run Yusupov said that the company’s lead investors were no longer willing to support the app. Thus, the company will stop its operations and will move to dissolution.

The CEO tried to hire a banker to find other investors to support the company’s expansion. It did receive offers from a well-reputed business. However, it failed to close the deal.

Before it shut down, though, HQ launched new products, such as a photo challenge game. When that new product launched, Yusupov said that he and Colin founded HQ to develop live interactive shows on mobile devices.

The company earned millions in revenue through in-app purchases. It also worked with Nike, Google, and other big brands.

It partnered with NBC, CBS, and other media companies to promote its programs. It also sponsored the show for Warner Brothers.

But its financial woes would not stop. In July 2019, it let go of a significant number of employees. Some of its staffers also left. At the time of its closure, though, it had only 25 full-time employees.

The internal troubles of the company are said to be the reasons for its demise. Its employees signed a petition to oust Rus Yusupov in 2019. They accused him of mismanaging the company. As a result, Rus fired them.

Because of the ongoing troubles inside the company, its game went from becoming a blockbuster to bust. The only money it had left was $6 million but the company was burning more than a million per month.

The lack of innovative games might also cause the company’s dwindling popularity. HQ Trivia just stopped to evolve.