Hip and Knee Surgeons Use Apple Watch to Monitor Patients 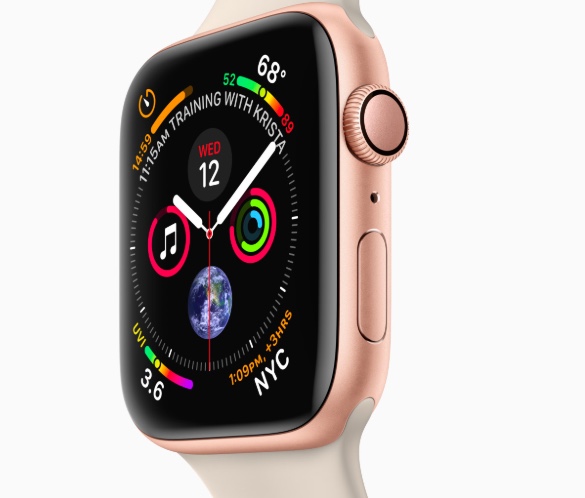 Thousands of Americans who will undergo hip or knee replacements surgery can send their basic health data from their Apple Watch to their surgeons. Thanks to the new app.

The latest application from Zimmer Biomet is currently being tested.

This project is a part of Apple’s healthcare venture. It partnered with Zimmer Biomet on an application for patients of knee and hip replacement.

The said app is known as Mymobility. It is compatible with Apple Watch and iPhone. Its goal is to guide patients before and after their procedures. The app also tracks their physical activities allowing their doctors to monitor those actions. Furthermore, the app has a messaging platform that enables patients to communicate with their physicians anytime.

Some hospitals and medical facilities in California, Colorado, Michigan, Massachusetts, and several others will get those important data, like steps taken, heart rate and standing hours from patients who will undergo or are still recuperating from the said surgery.

It is a multi-year study that aims to enable doctors and their team members to monitor better their patients. With this app, they will know whether or not their patients are following their regimes as prescribed before or after the surgery.

Every year, doctors perform over a million knee and hip replacements in the US. Apple believes that having the ability to use their activity and health data can help them in improving their own care. With this partnership, the Apple Watch can be used by patients to send their own data to their doctors before and after their surgeries. In this way, doctors will have a better participation in caring for their patients in a way that was not possible using conventional in-person visits.

How Can You Use the App?

The only patients who could use the app, for now, are those who are enrolled in this study. However, the company will make it available to everyone in the future.

Last year, Apple also partnered with Stanford Medicine in another study to find out how Apple Watch could be utilized in detecting irregular heartbeats. Apple also donated 1000 Watches for another study on eating disorders.

These are just part of the iPhone maker’s strategy in helping Apple Watch be recognized as a health monitoring tool. Groups also developed ways for the said device to identify signs of a stroke. Then, they are also finding ways to monitor Parkinson’s disease symptoms using Apple Watch. And in 2017, the FDA approved the initial EKG band for the Apple Watch.

As per the CEO of Zimmer Biomet, the company is excited to team up with Apple in transforming the experience of patients and surgeons during, before and after knee and hip replacements.

Currently, patients who will undergo hip and knee replacements have low support. They also have inadequate guidance causing them to have fear and be anxious about the surgery. With this app, it might remove their panic and boost the results of the surgery.

If this partnership would be a success, it would surely help Apple Watch to become a comprehensive health device and not just a fitness watch.