Hacker groups and companies and organizations they have hacked have been nominated for awards at the newest Oscars-like awards for the hacking community, the Pwnies. 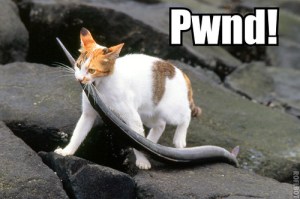 The Pwnies (pronounced like “ponies”, which comes from tech-speak “pwnd” meaning “owned” or overpowered) seeks to seriously attempt to “acknowledge the people and events that have made the biggest impact on the hacking community over the past year”, a report from Reuters says.

According to the report, hacker groups Lulz Security (LulzSec) and Anonymous are nominated for the Pwnies “Epic 0wnage” which is categorized a group or individual responsible for the most damaging, widely publicized, or hilarious hack of the past year.

LulzSec, which has recently disbanded, is also nominated for the Pwnies “Hacking Everyone” for its many hacking activities.

Anonymous is reported to have been nominated for “Hacking Everyone” because of its hacking HBGary Federal accounts. Other nominees for the Pwnies are the Stuxnet worm, whistleblower site WikiLeaks and Pfc. Bradley Manning.

Sony, which suffered a wave of attacks starting April which saw more than 100 million user accounts of its network getting hacked, has also been nominated for “Most Epic Fail”.

Winners of Pwnies will reportedly receive a gold-painted Hasbro “My Little Pony” figurine.