European data protection agencies are of the opinion that Google’s new privacy policy is in breach of EU law, reports Reuters.

CNIL, the data protection agency of France, has questioned Google’s new privacy policy. The agency has also told the internet search giant that CNIL may start a European-wide investigation into this matter.

According to Reding, four European data protection authorities have requested the French agency to evaluate the new policy.

“And they have come to the conclusion that they are deeply concerned, and that the new rules are not in accordance with the European law, and that the transparency rules have not been applied,” Reding said. 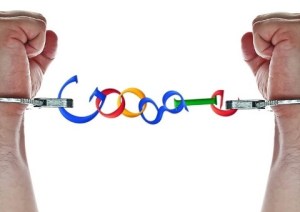 Users have no choice but to agree to Google’s privacy policy if they wish to use services offered by Google.

According to Reding, the new policy would break the EU law “in numerous respects”.

Google earlier tried to defend its policy in its blog post. “Our privacy policy is now much easier to understand,” the company said in the post. “We’ve included the key parts from more than 60 product-specific notices into our main Google Privacy Policy — so there’s no longer any need to be your own mini search engine if you want to work out what’s going on.”

According to Reding, users had no idea what they were signing up to when they used mainstream Internet services.