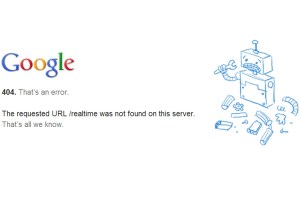 Google yesterday put off its Realtime Search, a feature that allows users to view results from microblogging site Twitter and several sources of real-time news.

In a response to Search Engine Land, Google said that the 2009 contract of acquiring data from Twitter has passed its expiry date, and both companies failed to renew the agreement.

In October 2009, Google, the world’s largest online search provider, sealed a deal with Twitter missing only a few days with Microsoft’s own agreement with the top-ranked microblogging site – a smart move that apparently avoided Twitter exclusivity with Bing Search.

While Twitter has the capacity to create a user interest demographic, Google, however, unveiled a new social networking project called Google+ last week, claiming that the company wants to have an in-house source of user information on how people use the Internet.

Today, Google apparently does not have the kind of interest it had for Twitter two years ago, especially with Google+ topping search terms and trending topics worldwide.

Google will only return Realtime Search from Google+ information and third-party sources as well.