Google Podcast is rolling out Cast support in latest update 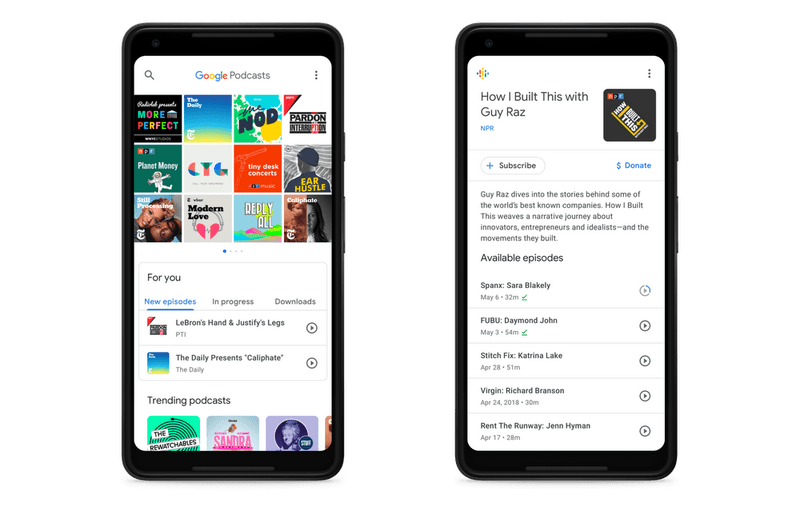 It appears that Google is finally adding Cast support to Google Podcast—an app it launched some months back. Recall that the app was launched with virtually nothing for users to be excited about in terms of features. This attracted criticism with many users preferring to stick with their favorite podcast app than make the switch to Google’s.

Not quite long ago, Google fixed the Android Auto issue, and now seems set to roll out Cast support. Cast support was first spotted by an Android Police fan in Brazil who posted a tweet about it. While no other user has come out to confirm seeing the feature pop on their app yet, it does appear that we might be seeing Cast as part of Podcast anytime soon.

Google has not confirmed the availability of this feature nor whether it is being added. However, it is pretty obvious from the screenshot below that something towards that direction is being prepped by Google. 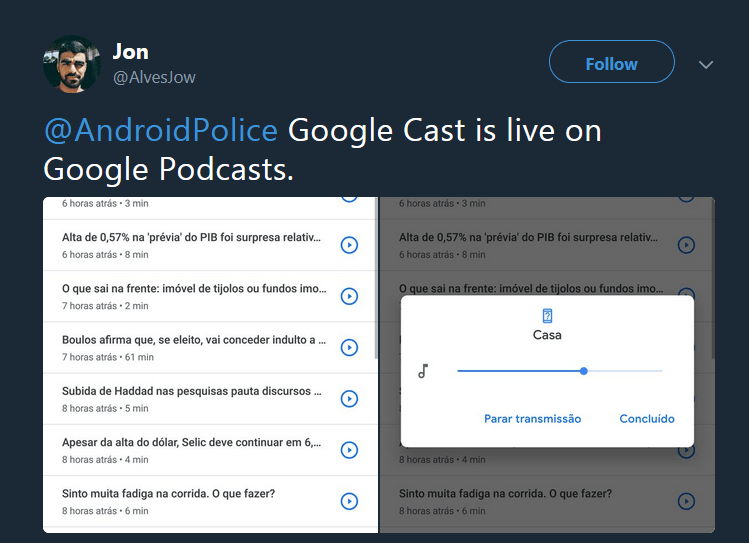 As you can see the Cast button is placed in the top right corner of the app. This is to allow users to Cast to supported devices like Google Home or Chromecast. This solved a lot of issues, especially as you will no longer be required to Cast through the notification shade.

Hopefully more vital features are added in the coming months as the potentials without a doubt are visible for everyone to see. Until then, I guess we all have to wait for the official roll out of the Cast feature—and hopefully it won’t be long until that is done.

Unlike many other available podcasts, Google Podcast is integrated with the increasingly popular artificial intelligence. No surprise there actually, especially if you have been following the trend with Google lately. The company has been going full throttle in terms of integrating its apps with AI.

Podcasters will be able to discover and listen to podcasts from several broadcasters across the world. With Google Podcast, you will be able to subscribe to any show for free and download your favorite episodes for your offline listening. The app is able to automatically synchronize all your listening across devices so you can pause on one device and resume on another with the Google Assistant.

The truth is that you won’t struggle to find your way around it because all its features are easy to get used to. You can search for play, and subscribe to podcasts with ease. However, Google will need to add an option to create playlist, which currently is not available.

If you are pro podcaster who wants more out of your podcast app, then you might want to stick with what you already have. That said, Google Podcast is one cool app to fall in love with, especially with the integration of Google Assistant. The features are exciting enough to make anyone fall in love with it—and that is not an exaggeration.