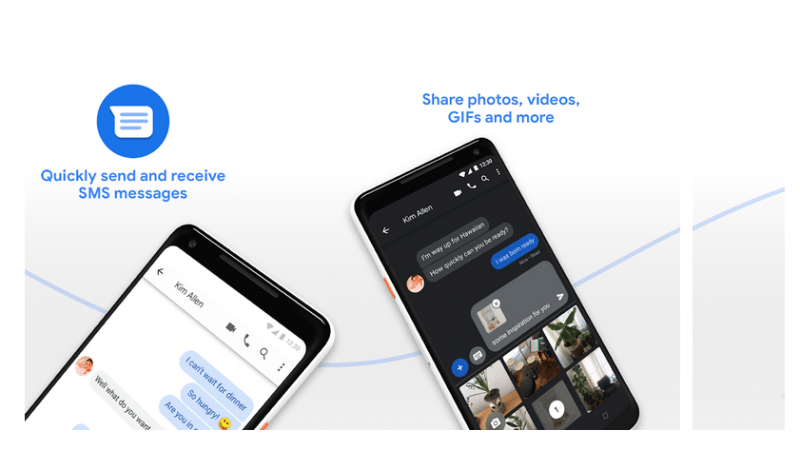 Google Messages is getting all the attention these days—and this might not be unconnected with Google’s desire to give Apple’s iMessage a run for the money. In the last couple of months, we have experienced a positive transformation of the app—bringing it almost at per with iMessage; though a couple of things still need to be done. XDA Developers have now uncovered Instagram or if you prefer to call it Snapchat-like effects.

Guys at XDA Developers were able to test 5 camera effects in Messages, including plane, balloons, fireworks, confetti, and an angel. The feature doesn’t work with your regular camera, which simply means that it only works when you send pictures taken in the Messages app. You can send pictures with MMS, SMS, or RCS—this of course, would be determined by what your device supports.

XDA Developers reports that the effects are able to recognize your face especially with the way they put things behind and in front of you with so much accuracy.

With this and other upcoming features including the much-talked about RSC feature, Google is steadily positioning Messages to compete heavily with iMessage. We currently have no information as to when this feature will become available or if it will ever make it to a global launch.

A feature that reminds you to reply to a text message was recently spotted in Google Messages. The feature spotted by XDA’s Quinny899, will give you the ability to turn on SMS reminders.

When receiving a message, a quick action that allows you to snooze the notification for up to an hour will appear next to the Reply option. Though, there is nothing to suggest that this feature will be available via notifications, or if you will be able to activate it from within the app itself, it still would serve as a very useful addition considering how often people forget to reply to their SMS.

For now, the feature is not an official beta, which is an indication that it is not official yet. So, don’t get your hopes too high because we might not get to see it for a very long time or not even see it eventually.

Google Messages is one of the most successful apps launched by Google in the last few years. The app has virtually replaced most default apps on devices simply because it comes with a lot of features that you can’t find in several other SMS apps.

In one of the most recent updates, Google added its powerful Assistant to the Messages app. This only means Messages will get smarter, which is something I pretty much like. The app has replaced the default messaging app on my phone since it was launched, and things will remain that way for a very long time should Google continue with powerful updates like the one it just added.