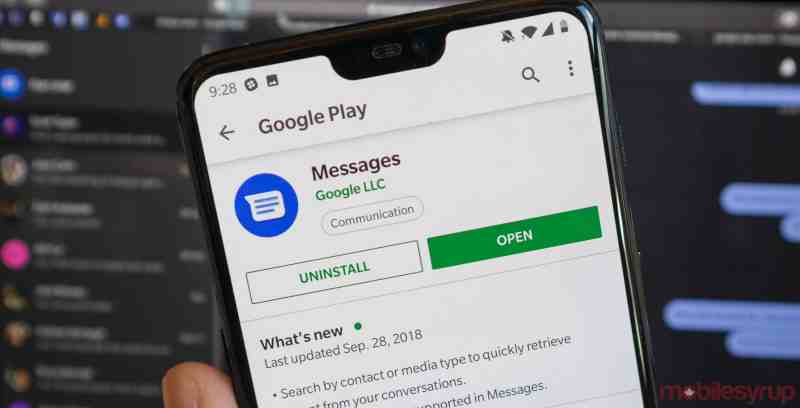 Google has updated its Messages app with a number of new features including the ability to tap and hold a message to reply with an emoji reaction. This feature is only new to Messages, but not to Facebook Messenger where users have long had the chance to reply with emoji.

Emoji reactions is coming along with four other newly added feature that have now been released in the app’s latest update. To use the new emoji reaction, simply tap and hold the message you want to react to and a short list of cool animated emoji will pop up for you to choose from. This feature, however, only works when RCS is turned on your phone.

Google is also upgrading Smart Reply to now include suggested stickers to make it easier to let your loved ones know just how much you care for them. First, you have to turn on Smart Reply suggestions that will allow stickers to automatically show up as you text. This eliminates the need to search for one to share at that crucial moment.

An image editor has also been added to Messages that allows you to easily create art with your photos and share them with friends during conversation. To get started, simply take a photo with the in-app camera and add text or draw on the image using brushes before sharing them with friends and family.

It is no news that you can already send voice messages on Google Messages. Google, however, has updated this feature with the ability to share a quick update by holding down the microphone button. This is located within the compose bar where you can easily record and attach your message.

Finally, you can now easily move your conversation from texting to a video call by tapping on the video call button at the top right corner of Messages. With this, you can easily start a Google Duo video call with the person you are messaging.

To be able to access the aforementioned features, simply update your app to the latest version from the Play Store.

Google Messages recently clocked 1 billion downloads in the Play Store—and this was achieved in a most remarkable fashion. Virtually every Google app that has hit that record did that preinstalled in most Android phones. Messages, however, was able to achieve that feat without coming as a preinstalled app in virtually every Android phone; except of course in Pixel and Android One.

Messages has really come a long way since launch—the app has become the most viable alternative or shall I say the preferred text message app for most users. In the last few years, a couple of cool features including dark mode, image markup tool, web version, and the recently added RCS supports in many regions.