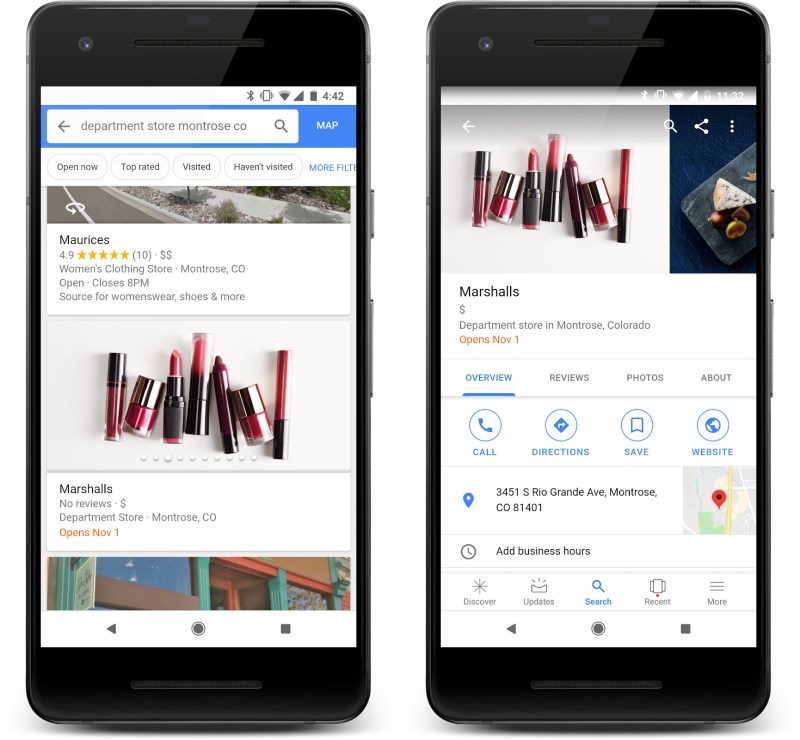 Google has added a very important feature to Maps—you can now follow businesses within the app. This same feature has been a part of Facebook for a while, and could further boost the already popular maps app.

“Those using Google Maps for Android can now follow places right from the app. Rolling out now, just search for that coffee shop you love or that clothing store you’ve been meaning to pop into and tap the “Follow” button,” said Paul Cole Product Manager, Google Maps in a blog post. “Once you’ve followed places, news from them—like events, offers and other updates—will appear in the For you tab (where available, with more countries coming soon!).”

More than 150 million places, according to Google are already on Google Maps, and users can already have access to the new feature. Android users will be the first to access the new feature when it eventually rolls out in the coming weeks. The ‘For You’ tab is currently only available to users in limited markets at the moment, but more countries will be added in due course.

A few weeks ago, Google Maps added a live traffic update feature that will help you properly plan your commute. Being one of the most active and most used app from Google, Maps is always getting a lot of updates to make the app work even better.

The app now has a Community tab which is available to both iOS and Android users after being tested for almost a month. Community tab according to Google, will help you take control of your commute. In a statement on its blog, Google said: “commute times during rush hour traffic can be up to 60 percent longer than what you expect when you start your drive—resulting in a lot of stress, missed meetings, and skipped breakfasts.”

If you are an Android user, you will now begin to get notifications of live data on traffic, which will help you take charge of your daily trip. Regular updates means you will no longer get stuck in traffic as you would have been informed well ahead of time even before you live home or the office.

To provide real-time location data on trains, subways, trains, and buses, Google partnered with public transit in 80 regions around the world. If you live in Sydney, you will be able to see how full a bus or train is, with more cities soon to be added by Google around the world.