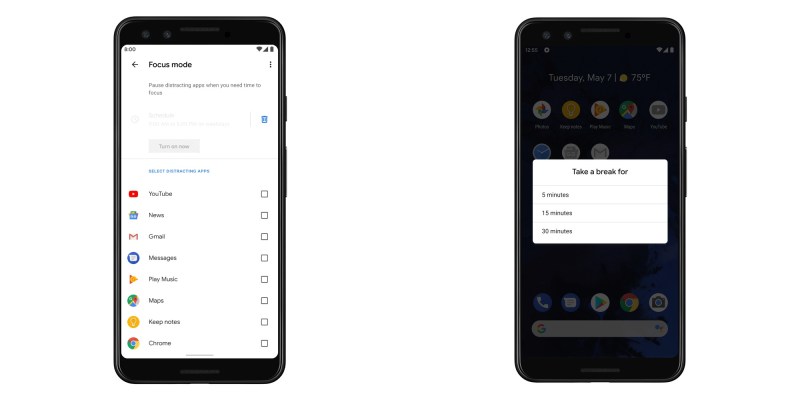 A new tool to help you stay focused at those critical moments or season has been launched by Google. People spend a lot of time on their mobile phones—activities, meetings, and social connections—all these are often times planned on the phone. “Focus mode,” according to Google, is a new Digital Wellbeing tool on Android that will help you done by temporarily pausing apps so you can concentrate on some more pressing tasks.

The tool gives you the opportunity to select apps that you currently find distracting such as social media or games, and when you try to open them, Focus mode reminds you that the app is paused. Notifications from selected apps will also be silenced by the tool until you are ready to switch them out of the mode.

Google said the feedback it received from users while the tool was being tested enabled it to add some more useful features including allowing Focus mode to automatically switch on and off for the days and times that you choose.

Alongside the option to automatically turn Focus mode on and off, Google also added an option to take a break, which of course allows you to step out and back in when you are ready.

Focus mode, according to Google, is currently available on all devices that have Digital Wellbeing and parental controls settings, including new phones launching with Android 9 and Android 10.

In other Google news, Larry Page and Sergey Brin both announced on Tuesday that Google CEO Sundar Pichai will double as the chief executive officer of the two companies. The decision, according to the Page and Brin, was taken to simplify management.

The choice of Sundar was borne out of the company’s desire to leave the reign of affairs in the hands of  someone who not only knows Alphabet very well, but someone who shares the confidence and values of the company. “There is no one that we have relied on more since Alphabet was founded, and no better person to lead Google and Alphabet into the future.”