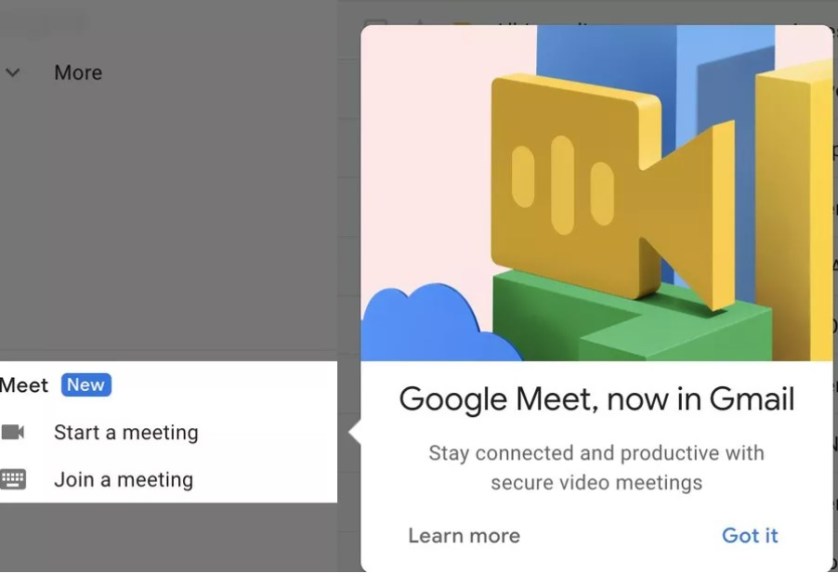 Google is really moving fast—the company has now integrated Meet; its videoconferencing space into Gmail. This is coming only a few days after the company announced that the videoconferencing service will be available to every user for free. Some Gmail users according to The Verge, have started seeing a link to launch Meet in the left sidebar of the email’s interface.

Zoom already has a presence, and is the app that is giving all the top players sleepless nights. Though, Zoom seems to be doing the right thing [except for a couple of lapses here and there], Google’s latest efforts could give the app something to worry about considering its pedigree.

Integrating Meet into Gmail is one smart move that could help Google achieve its goal of taking a sizeable share of the market. When you consider this alongside the fact that you can now do videoconferencing for free on Meet; then you understand where Google is heading at.

Zoom though, has that extra appeal when it comes to joining a meeting via a link unlike Google that requires you to own an account. Secondly, Meet’s free account does not offer users the option of dial-in landline numbers for meetings—this is not the case with Zoom.

Google, however, plan to introduce other safety measures including automatically entering people not explicitly added to a meeting via its calendar into a green room when they try to join a meeting. What that means is that those in the green room will not be able to join others in the meeting until the host has given his approval. The free version of Meet will not offer landline dial-in numbers for meetings.

Facebook has launched a new suite of new products, which further broaden its presence in the video chat world. The social media giant has introduced Messenger Rooms; a new tool that can be used for initiating virtual hangouts with up to 50 people.

Users will be able to play with Facebook’s AR filters or swap out their real-life background for a virtual one while in a room. Facebook says some backgrounds will offer 360-degree views of exotic locales.