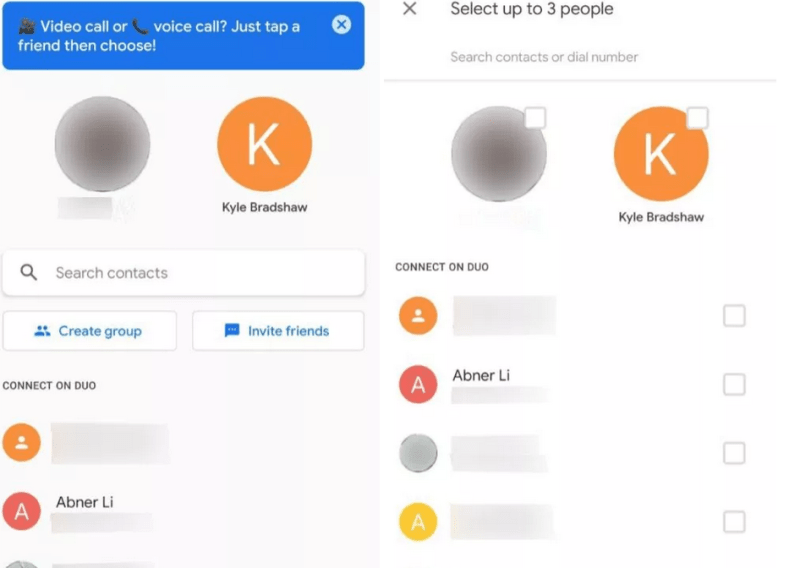 Google Duo’s group video calling, which was rolled out to some regions last April is now rolling out to users in the US, Canada, and India. The feature as the name suggests, allows multiple users to make group video calls within the video chat app.

Android Police had reported back in January that Google was testing the feature via a handful of users. Group calling was limited to only seven users on the Duo app during the test period. Users will have to first create a group with the contacts they wish to video chat with before they can start a call with all of them at the same time. The feature was later expanded to more users and regions just last month.

A couple of tipsters, according to 9to5google have hinted that group calling on Duo is now live in the US. The feature, which was earlier released in Indonesia, can be accessed with a quick swipe down and pressing the “Create Group” button. Group video calling allows up to four participants including yourself.

Android Police also confirmed that the feature is rolling out to users in India, while those in Canada are also getting a feel of group video calling on the app.

Perhaps, we could yet see more users beyond the four participants allowed to make group video call in the foreseeable future. It is early days for the feature, but we do believe that things will improve as time goes on and the feature welcomes more update.

In April, Google Duo added a data saver feature to the video calling app. With just a flip of a switch, the data saver feature, which is currently only available to some users, will encourage the use of the app even more—especially in those countries and regions where broadband is so expensive.

The new feature is located under the Settings menu on version 50 and version 51 of Google Duo. The data saver feature will of course, affect the video quality of calls. The good thing is that you and the person in a conversation will have the opportunity to save data when the feature is turned on.

While a data saver feature will be highly appreciated by users in countries where broadband is highly expensive, it is important to note that it significantly reduces the quality of the video calls being made.

Google Duo is also now available on the web—making the app even more widely accessible to millions of users across the world. A web version means you can launch a video call to your friends via your browser.

The setup is so easy that it only takes only a couple of minutes and you are done. As a matter of fact, no phone number authentication is required, and no QR code scans just like we have in other Google products with web version. The option to answer a Duo call on your phone is still available; you will however, get a browser notification if you are logged in.