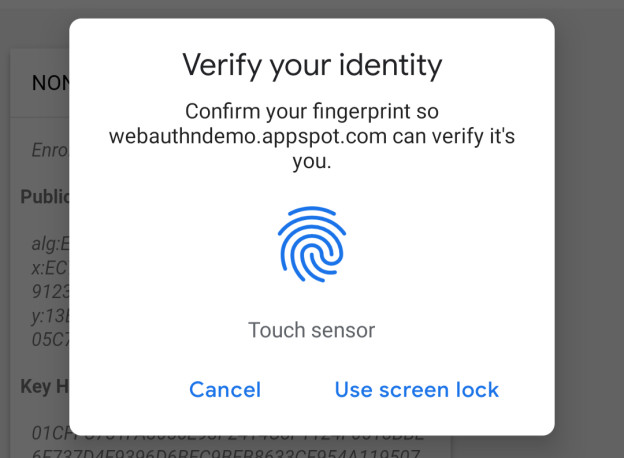 The story of Chrome has been one of great success for Google—and the company can only hope this continues to be the case for many years to come. The world’s most used browser clocked 10 years earlier in the month, and it has been celebration since then for Google. The company also used that occasion to introduce a Google Material Theme for Chrome as well as a couple of other changes.

To make the Chrome browser even more efficient and safe for all, Google has introduced some changes. “Chrome 70, which is now being rolled out as beta with various new APIs for developers, will no longer include the Android and iOS build number in the user-agent identification string visible to websites,” reports 9to5google.

The fingerprint sensor feature will further improve user privacy and make the browser even safer for users. It further confirms the belief that the Chrome browser is the most secure and most efficient among other top browsers available at the moment.

The update is not all about fingerprint sensor alone as Chrome 70 beta also comes with a couple of other changes such as Web Bluetooth support for Windows 10. This feature will further add the ability to communicate with other Bluetooth enabled devices nearby.

A new experimental Shape Detection API is also being introduced to Chrome by Google. This will allow users to identify faces, barcodes, and text in images, which include scanning QR codes.

When dialog boxes for things like payments, file pickers, or authentication prompts pop up, Chrome will automatically exit full-screen mode. This is to enable users have better context for decisions when prompts are being filled out.

Earlier in the month, Google introduced a new makeover to Chrome that included rounded shapes and tabs, update icons, and a color palette. The interface is now looking clean and refreshing, and Google has updated the prompts, menus and URLs in the address bar to go with the new look.

The tabs have now been simplified to make it easier for anyone to see at a glance. In my opinion, the new tab will be useful for all those who like opening too many tabs.

Chrome 69, which was the version before Chrome 70 beta, was also updated in a way that makes autofill work more accurately. The new Chrome browser will now autofill and store passwords, credit cards, and addresses more accurately in your Google Account.

To improve security in your various online accounts, Google is now making it easier for the password manager to auto-generate and suggest a strong password when you sign up. The password will now be stored and made available on both mobile and desktop.

Google Chrome controls about 60 percent edging out browsers like Firefox, Microsoft Edge, and Opera. In the last 10 years, the browser has added some unique features to maintain its dominant position.