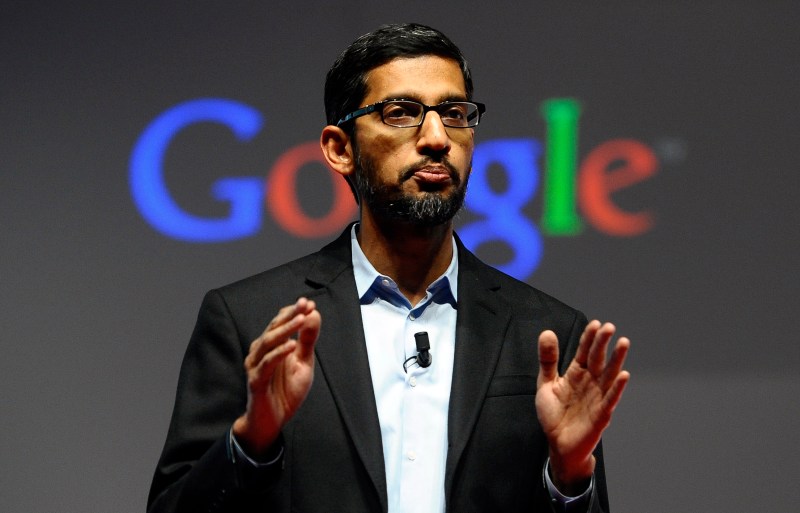 The chief exec of the world’s largest online search engine addressed on Tuesday privacy concerns about his company. He also told developers what to expect in future products.

“Our work on privacy and security is never done, and we want to do more to stay ahead of constantly evolving user expectations. We’ve been working on a significant set of enhancements,” Google CEO Sundar Pichai said in his keynote speech at the Google I/O 2019 developer conference.

Some of the enhancements include an auto-delete feature. You can trigger it by tapping on your profile picture. It lets you choose how long you want data in storage, from three to 18 months. But you still have the option to manually delete it whenever you want to.

Google will also launch incognito mode for Google Maps before yearend. It allows you to stop Google from saving data after you search for locations or navigate.

The company has been navigating troubled waters the past few years. It has drawn criticism from regulators and lawmakers on how it tracks users across its products and services.

Google admitted last year to the U.S. Senate that it made mistakes on privacy matters.

In a separate legal action, plaintiffs sued Google for its alleged storing of user location data even with location history turned off.

Online ad rival Facebook has a privacy battle of its own. It faces a fine of up to $5 billion from the Federal Trade Commission for its alleged failure to gain explicit consent before sharing user data.

The announcements on Tuesday at Google I/O came as it launched several new devices to lessen reliance on revenue from internet search and online ads.

With the current Pixel phone line priced at $800, Google wants to drop prices to reach a broader audience.

“We want to offer help to people at a bunch of different price points,” said Rick Osterloh, senior vice president of devices and services at Google.

“We see that as a great opportunity to use some of our core strengths as a company in software and AI and make that available for the mid-range price.”

Google also launched a new home device – the Google Nest Hub Max. It comes with a smart display and camera for video calls. And it will reach the shelves this summer for $229.

The Nest Hub Max joins an array of smart home products from rival companies that have eaten up most of the market.

“We’re renaming all of our products and unifying them under the Nest brand,” said Osterloh.

This is the first time Google will merge its Home products with Nest, a company it acquired for $3.2 billion in 2014.