Home » Google Brings New Weapon in the War Against Apple

Google Brings New Weapon in the War Against Apple

A new front opens in the smartphones war between the ICT giants – Google and Apple – this week, with the launch of the new operating system iOS, which will no longer include maps of the service engine, reports BBC.

This release is a blow to Google, the leading provider of digital maps for mobile devices.

Android, operating system made by Google, and iOS, Apple’s OS, are used in about 85% of smartphones shipped worldwide and on a higher percentage in tablets. 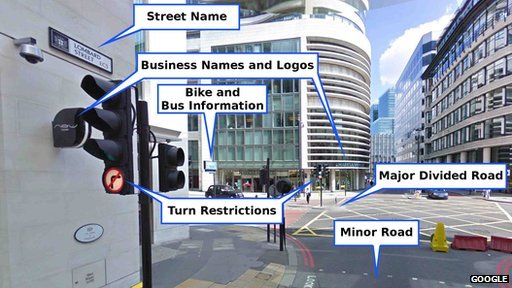 Google has launched the online maps technology in the U.S. and UK in 2005. Within three years, this technology has been used in 22 countries.

In order to improve its services, Google has launched the “Ground Truth”, through which creates its own maps without the need to acquire information from others as initially was doing. Through this program, Google uses both the information from third parties and its own Google analyzes of satellite images and data collected using the new technology, “Street View”.

Street View is probably the best known program that can do a virtual tour of an area.

The company sends to the streets cars with cameras equipped with special lenses to record panoramic images, which can then be posted online. The program allows users to zoom in, zoom out and to rotate the image in order to obtain the desired information.

The “Ground Truth” is now present in 31 countries.

Specialists are currently working on “Ground Truth 2.0” to expand the program in the regions, especially in countries with accelerated population growth.

Online mapping application from Apple will use raw data taken under the license of the Dutch company TomTom, the largest manufacturer of GPS navigation systems in Europe.