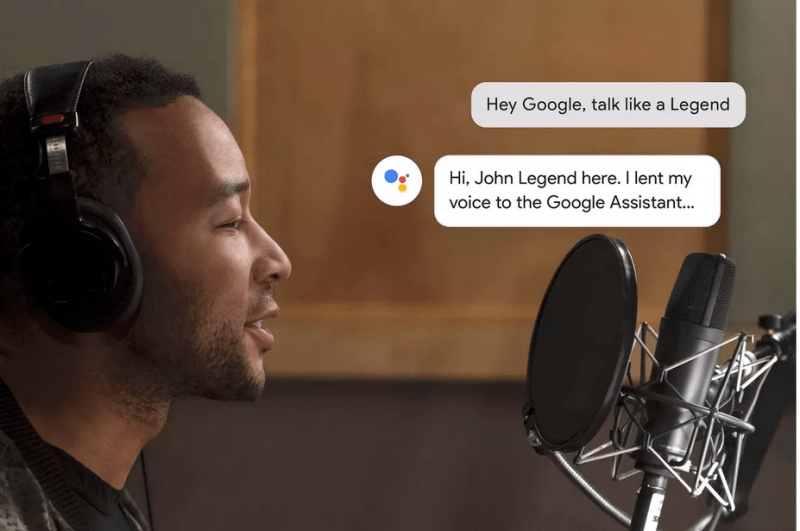 Google has launched its first celebrity voice for its powerful assistant with John Legend as the first to be added by the company. For a limited time, users will be able to hear the voice of Grammy Award winner John Legend sing “Happy Birthday” to them, hear about the weather, and answer questions like “Who is Chrissy Teigen?” everywhere Google Assistant is being used—Android and iOS devices including.

John Legend along with five other new Google Assistant voices were previewed at Google I/O 2018. Google used the occasion to preview its speech synthesis model WaveNet, which is powered by its DeepMind artificial intelligence to the whole world. WaveNet, according to The Verge, works by sampling human speech and directly modelling audio waveforms from it—enabling it to create more realistic-sounding voices.

Users can activate Legend’s voice by saying “Hey, Google, talk like a Legend” or simply go to Assistant voice in their Settings to switch to his voice. John Legend’s voice is one of many more celebrity voices that will be coming on to Google Assistant in the foreseeable future. For now, the feature is only available in English in the US, and hopefully it spreads to other regions too.

The feature can be turned on, which means it is optional. That means you can decide not to make use of the “Continued Conversation” feature, which is most unlikely in my opinion, especially when you consider how important a healthy and uninterrupted conversation can be.

Continued Conversation is currently only available in English [US], and across smart displays, including the Google Home Hub, Lenovo Smart Display, LG XBOOM, AI ThinQ WK9, and JBL Link View.

Google also added the “interpreter mode,” which is a feature that helps you have a free-flowing conversation in dozens of languages. Just say, “Hey Google, be my French interpreter.”

Google also added controls for adjusting the volume of any device in the group. Just tap on the group name of the player on the screen to get started.