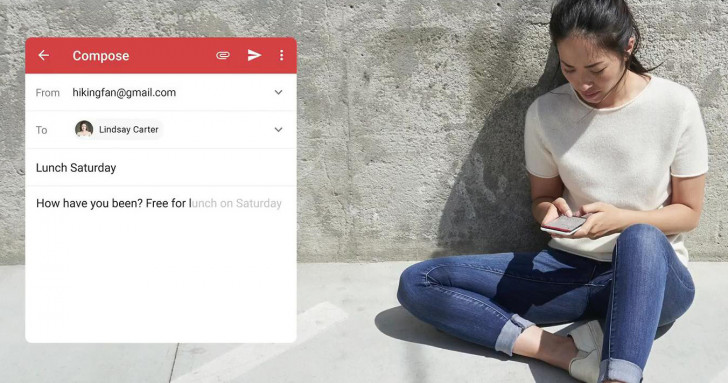 Gmail’s Smart Compose has finally found its way to every Android phone available—and that is some piece of cheery news. The feature became instantly popular when it was first added to the web version of Google’s popular email service. It saves a lot of time when composing an email—allowing you to have more time for other things.

Before now, Smart Compose was exclusively available only on Pixel 3; but this piece of news will delight a lot of Android users. As a matter of fact, when I got a flash update on my Android phone informing me about the availability of the feature on my device, I was excited. I had since tried it, and it makes composing an email on my phone really very exciting and interesting.

Unlike what you have when using the feature on desktop, you will have to swipe on the text to accept the suggestion, or just keep on typing if you have something else in mind. Many users have already confirmed that they have started seeing pop-up explaining how the feature works, which will no doubt make it easy to get started.

The Smart Compose feature is available on version 9.2.3 of the Gmail app for Android. It is safe to say at this point that an upgrade to that version will update your version to enable you start using Smart Compose on your Android device.

You can also turn it off by ticking off the Smart Compose box from your Gmail account setting.

The smart compose feature, according to Google, saves you time by reducing repetitive writing as well as the possibility of spelling or grammatical errors. It is not that different from predictive text when sending messages via your messaging app.

Prior to that announcement, Google added some cool features to Gmail. Some of those features include:

Email snoozing: This is one feature that is gaining a lot of attention these days—a lot of email services are now adopting. Not to be undone by others, email snoozing has now been integrated into Gmail. For now, email snoozing is only available on Gmail on the web. Perhaps, we could yet see this feature added to the Gmail app in no-distant future.