Home » Gboard is testing GIF suggestions based on typed words

Gboard is testing GIF suggestions based on typed words 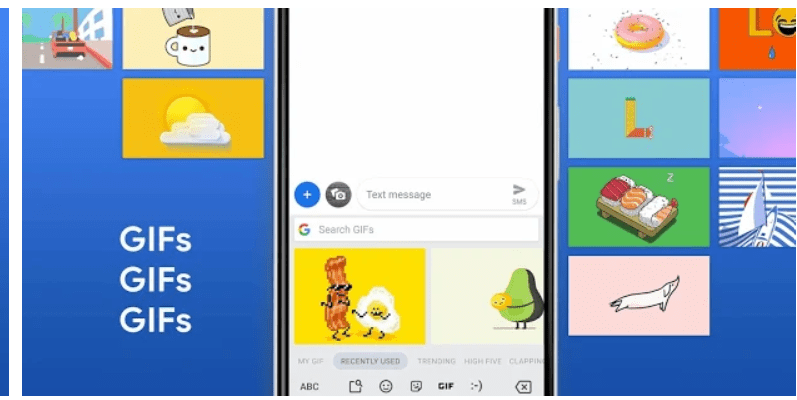 Gboard wants to make it even easier to find the GIF when typing. The popular keyboard app that is fast replacing the default one on many phones is reportedly testing GIF suggestions based on typed words.

Our usual tipster Jane Manchun Wong spotted the new feature that is currently being tested, and posted a screenshot on Twitter page. The feature is being designed to suggest relevant GIFs as you type the emotion of your word.

Well, that would not be a bad idea considering that we are sometimes lost for the right words to express our innermost feelings. This, besides saving you the stress of searching for the right GIF, could help you to pour out your feelings more easily.

Gboard is testing GIF suggestion based on the emotion of the word pic.twitter.com/a6EV5Quqo6

GIF suggestions is still being tested, and there is no word as to when it will become officially available to people to use. I would not get my hopes too high if I were you; but having such a feature would not be a bad idea.

Jane has a rich pedigree when it comes to calling unreleased feature before there official launch date, and we might as well expect this to make it to an official launch in the very near future.

Google Gboard remains one of the most used alternate keyboard in the world. Among several other features, the app gives you access to features like, Glide typing, Voice typing, Search and Share, Handwriting, Emoji search, GIFs, Google Translate, and Multilingual typing among others.

With over 1 billion installs on the Play Store, Gboard is used across several countries and supports over 500 languages and counting. While English, French, Spanish and the likes dominate the global scene in terms of the number of people who speak those languages, and being able to communicate in local dialect brings so much comfort and fun. The Gboard approach is simple—get as many people as possible to communicate in their preferred dialect.

Last December, Google added more languages to Gboard aided by artificial intelligence to make typing smooth an easy for all. This means that more than 90% of the world can now type in their first language with Gboard, with keyboard layouts tailored to each language and typing smarts like autocorrect and predictive text,” Daan van Esch Technical Program Manager, Gboard said in a blog post.

Esch gave an insight into how difficult and prolonged it is to add a new language to Gboard. The process, according to his blog post, requires designing of an entirely new keyboard layout, then followed by crafting of a new machine learning language model to autocorrect typing and predict next words. It then follows through the process of finding datasets to train those models.