Although it’s been 21 years since his death in 1991, Freddie Mercury would have celebrated yesterday 66 years, this being an event that cannot go unnoticed.

A personality became memorable for various reasons, Freddie Mercury will always remain in the our minds as Queen’s lead vocals and as the only visionary behind some songs became anthems in the meantime – Boheamian Rhapsody, Killer Queen, We are the Champions and We Will Rock You. 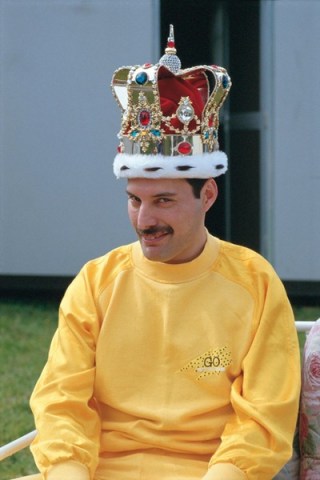 With the video below, created with great inspiration from the 1978 hit song Bicycle Race, the people at Rovio are also officiating a tribute to the singer. In addition, the end of the clip draws attention to the most important anti-AIDS causes created in the name of Mercury. Specifically, by celebrating the “Freddie for a Day” day, which consists of acquiring various promotional products, a significant portion of the funds would be directed towards The Mercury Phoenix Trust, an organization that deals with the coverage of risks of HIV – AIDS.

Also, Rovio took advantage of this opportunity and has launched a special t-shirt with Freddy Mercury, in the same way as the other products sold at this time. A part of the t-shirt price will go to The Mercury Phoenix Trust.

Although we rarely spend time commemorating artists, Freddie Mercury and Queen generally represent one of the foundation stones of our personalities. They probably marked our childhood at such a level that we still remember his death in 1991, although many of us were only a few years old at the time.

For more details about the Freddie for a Day campaign, please visit www.freddieforaday.com.