“D-Wave One” the world’s first ever commercial quantum computer created by D-Wave Systems, is the culmination of twelve years of research, 60 patents, and carries a price tag of $10 million.  One hundred additional patents have been filed for the D-Wave One, which has a 128 qubit chipset that carries out discrete optimization. 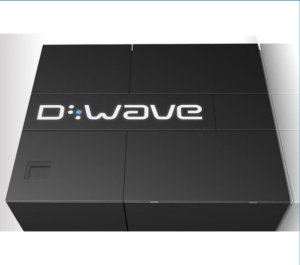 The D-Wave One processor, dubbed “Rainier”, molds and warps quantum particle energy, far more than has been possible with other methods, by using a process called quantum annealing.  Integrated circuits are created by this process and they look and work very much like silicon circuits in use today.  The 128 Qubit Rainier processer can be programmed by the ubiquitous Python programming language.

The biggest difficulty presented by quantum computing in the past is that scientists and researchers could not observe the process, but with quantum annealing this is now possible.   Previously, the act of observing a quantum state would destroy it, making it impossible to verify qubits are working correctly.

D-Wave Systems has successfully developed  a new process that makes it possible to take quick snapshots of the current state of the Rainier processor. The snapshots can then be viewed like frames in a movie, revealing the previously unknowable workings of the quantum black box, making it possible to verify that the processor is carrying out mathematically true results.