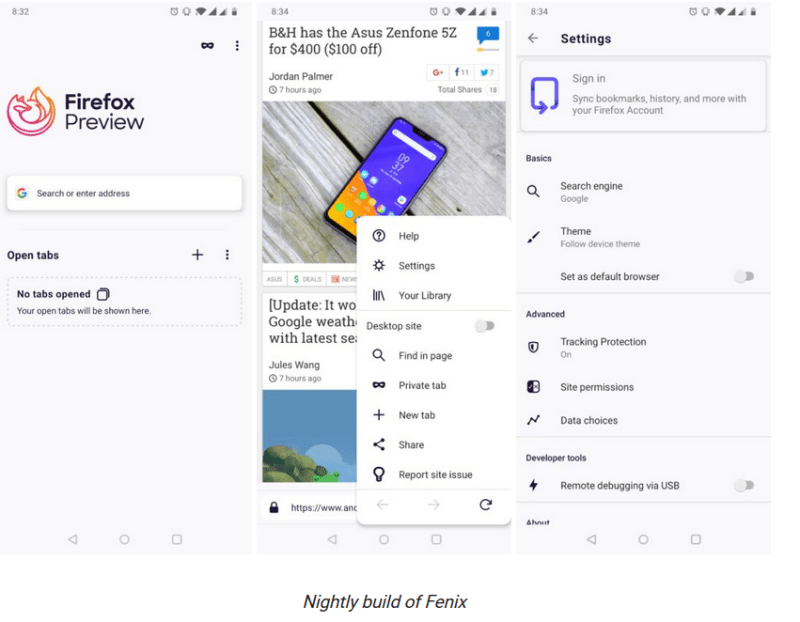 The Android version of Firefox browser is nearing its end as the company is set to replace it with Fenix. This is not coming as a surprise especially when you consider the fact that nothing much has been happening in terms of updating the Android version in recent times. This, however, won’t stop Mozilla from releasing Firefox 67 and 68 for Android as previously announced on the 14th of next month and July 9th.

A document spotted by Ghacks per Android Police revealed that the popular browser will thereafter only receive bug fixes and security fixes. Firefox 68.1 will be released on 3rd of September, while v68.2 will follow on October 22nd.

While the exact timeline for the eventual release of Fenix is not yet known, Firefox for Android is expected to be withdrawn from existence sometime in 2020. That said, Fenix won’t be available for a while—at least not until work is fully completed.

A couple of weeks ago, Mozilla introduced its password manager to Android months after it did the same with the iOS version of the browser. Firefox Lockbox is a password manager that lets users to log into their native mobile apps using passwords that have already been stored in their Firefox browser. This eliminates the stress of having to remember all their passwords.

it is now easy to access all passwords that have been saved on your desktop browser when using Android. This can easily be done by logging into Firefox Lockbox with your Firefox Account credentials.

Firefox Lockbox solves a lot of problems including saving you the stress of having to memorize or write down all your passwords. It also eliminates the stress that comes along with resetting your password.

No set up is required from your end, which makes it even better. Firefox Lockbox is not as complete as other popular password managers like 1Password, Dashlane, LastPass and the likes of them. Some very useful and features such as ability to add or delete or edit passwords is lacking, alert on potentially compromised passwords as a result of data breaches, suggesting complex passwords for users, and a couple of others.

Upload speed has improved tremendously, and you now have more control over the files you send. For example, you now have the power to determine when the link will expire, who can view it, how many times it can be downloaded, and ability to add a password for extra layer of security—and not to forget the fact that files are sent via end-to-end encryption.